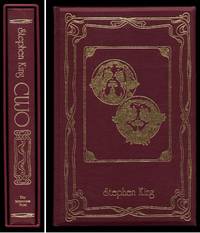 In 1984, the imprint joined Warner Books and further expanded its publishing program to include paperbacks, quickly growing to more than one hundred books a year. Among the authors whose original books were added to the list were Ross Thomas, Eric Ambler, P. D. James, Ed McBain, Ruth Rendell, and James Crumley.

Mysterious Press was then sold to Warner Books in 1989, which was then bought by Hachette in 2005. However, Penzler re-acquired the name in 2011 and, without any of the previous imprint’s back titles, Mysterious Press was relaunched as part of Grove/Atlantic, Inc., with new titles, publishing 10 to 12 new books a year.

First editions from Mysterious Press have “First Printing (month, year)” on the copyright page as well as a sequence of numbers with “1” present.