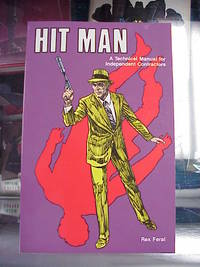 Paladin Press came into existence in September 1970 when Peder Lund joined Robert K. Brown as a partner in a book-publishing venture previously known as Panther Publications. Both Lund and Brown were convinced there was a market for books on specialized military and action/adventure topics. Paladin’s first book, 150 Questions for a Guerrilla, was by Gen. Alberto Bayo, a Communist veteran of the Spanish Civil War. Previously, Bayo’s book, which advocated state-of-the-art theories for the time, had been available only in Spanish, and copies were scarce. Paladin’s edition became required reading for serious students of guerrilla warfare and is still in print today. 150 Questions for a Guerrilla set the tone for the future of Paladin as the first to print books about controversial, suppressed or objectionable subjects. From 1970 to 1974, Paladin reprinted many government military manuals previously available to the public only through purchase of purloined copies. By 1974, Lund wanted to expand Paladin’s coverage of topics, while Brown wanted to start a magazine. Lund bought out Brown, who founded Soldier of Fortune magazine (SOF) in 1975.

Paladin Press published the book Hit Man: A Technical Manual for Independent Contractors (1983) under the author’s pseudonym “Rex Feral.” The book portrays itself as a how-to manual on starting a career as a hit man, fulfilling contracts. Paladin was sued by the family of a victim whose murderer they alleged to have used this book as a guideline in three 1993 murders. Afterwards, existing copies at Paladin Press were destroyed. It is believed that 13,000 copies were sold, although others estimates claim there are 20,000 copies in existence.

First editions from Paladin Press have no additional printings indicated on the copyright page.