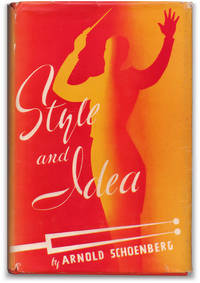 Philosophical Library is a small publishing house based in New York City specializing in psychology, philosophy, religion, and history. It has been a consistent and reliable source for serious readers, libraries, academic institutions, and booksellers worldwide. Founded in 1941 by Romanian-born philosopher and scholar Dagobert D. Runes, the original aim of Philosophical Library was to publish the works of European intellectuals Runes admired and had befriended, many of whom fled America in the 1930s.

The publishing house is the home of twenty-two Nobel Prize winners and has published works by eminent minds with remarkable ideas that helped to define the 20th century, such as Albert Einstein, Jean-Paul Sartre, Simone de Beauvoir, Paramahansa Yogananda and Albert Schweitzer. Of its 2,000-plus titles published, top sellers include Einstein’s Out of My Later Years, Khalil Gibran’s Tears and Laughter, Max Planck’s Classical Mathematics, and Sartre’s magnum opus Being and Nothingness.

First editions from Philosophical Library have no additional printings indicated on the copyright page.