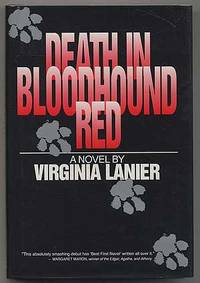 Pineapple Press is a prime example of an independent niche publisher. Since 1982, founders David and June Cussen have been publishing trade books, specializing in Florida and the Southeast, out of their home in Sarasota, FL. Many of Pineapple Press’ titles are geared towards educating and entertaining a variety of visitors — from Baseball in Florida for the MLB spring-training fanatics to a reference book titled Florida’s Birds with glorious artwork by world-renowned nature illustrator Karl Karalus to the archaeological finds of Robin C. Brown’s Florida’s First People: 12,000 Years of Human History.

Though its backlist is primarily composed of non-fiction concerning regional art, folklore, history, and the like, Pineapple Press has also published novels and children’s books with similar focuses. Indeed, the publisher’s fiction selection is small but selective and mostly based on instinct. In 1994, Pineapple Press received a manuscript of a backwoods murder mystery. After having read it on individual accounts, David and June each took note. The Cussens followed their intuition and published Virginia Lanier’s debut novel Death in Bloodhound Red (1995), which was then nominated for Best First Novel at the 1995 Agatha Awards and won the same title at the Anthony Awards the next year. HarperCollins acquired the paperback rights to the book and the Cussens were discussing television and movie deal options, though none came to fruition.

With a growing backlist of upwards for 120 titles, Pineapple Press currently publishes about a dozen titled each year, the most successful of which sell maybe 4,000 copies.