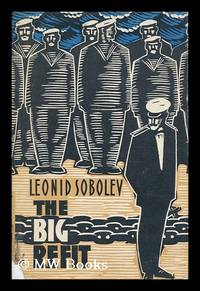 Though it was first founded in 1931, Moscow-based Progress Publishers of the Soviet Union gained notoriety after it took over the role of the Foreign Languages Publishing House ? the state-run publisher of Russian literature, novels, propaganda, and books about the USSR in foreign languages ? in 1963. In this, Progress became known for “Short History of USSR,” the ABC series (ABC of Party, ABC of Socialism, ABC of Dialectical Materialism, etc.) and the 1979 publication of “Marx and Engels on the United States.” However, they also published books on the sciences and arts as well as classics, children’s literature, novels, and short fiction. Around the 1980s, Progress passed the Soviet torch of publishing literature and the sciences to Raduga and Mir Publishers, respectively.

In addition to the distinctive logo of publisher (a split image with the Sputnik satellite on the left, the Russian letter ? for Progress on the right), a common feature on all Progress books is their “request to readers,” which reads: “Progress Publishers would be glad to have your opinion of this book, its translation and design and any suggestions you may have for future publications. Please send all your comments to 21, Zubovsky Boulevard, Moscow, U.S.S.R.”

First editions published by Progress Publishers have “First Edition (year)” printed on the copyright page with no additional printings listed.