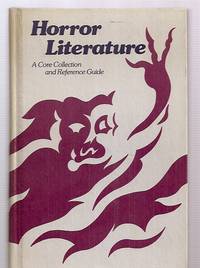 R.R. Bowker LLC, provider of bibliographic information on published works to the book trade, including publishers, booksellers, libraries, and individuals, was originally founded by Frederick Leypoldt, a German immigrant. Leypoldt worked as a bookseller and recognized the need for good bibliographic information to make the book business more efficient. In 1868, he published his first periodical: the monthly Literary Bulletin. Over the next decade, Leypoldt remained steadily productive, issuing the first edition of Annual American Catalogue (1870), the first issue of Publishers Weekly (1872), the first Publishers’ Uniform Trade-List Annual (1973), and the first issue of Library Journal (1876).

In 1878, Leypoldt’s company was acquired by Richard Rogers Bowker. Together, Leypoldt and Bowker founded two influential standard book-industry references: Literary Marketplace and Ulrich’s Periodicals Directory. In 1967, the Xerox Corporation acquired the R. R. Bowker company, and then, in 1985, sold it to Reed International (now Reed Elsevier). That same year, in 1985, Publishers Weekly — after 113 years as a part of R.R. Bowker — was transferred to the Cahners Publishing Company. R.R. Bowker LLC, is now an affiliate of ProQuest

One of Bowker’s most successful publications, Books In Print, is a reference that lists nearly all books that are currently available in English and in the United States from major publishers. Another still-thriving publication is The Library and Book Trade Almanac (formerly The Bowker Annual), a resource for librarians, publishers, and booksellers which provides reviews of industry trends, statistics, developments, and more.

First editions from R.R. Bowker have no additional printings listed on the copyright page.