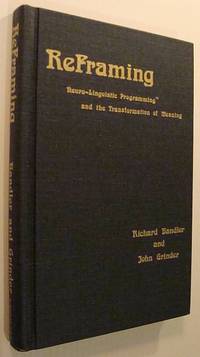 In 1967, Steve and Connirae Andreas founded Real People Press in Lafayette, California, with the goal making cutting edge books in the realm of personal change and growth available to the general public. Gestalt therapy was another original area of focus for the press. Some of the first titles published by Real People Press include: From Person to Person (1967) by Carl Rogers and Barry Stevens, Fritz Perls’s Gestalt Therapy Verbatim (1968) as well as his autobiography, In and Out the Garbage Pail (1969), and Barry Stevens’s Do Not Push the River (1970).

The mission of Real People Press shifted in 1979 to focus almost exclusively on high quality Neuro-Linguistic Programming (NLP) books when the Andreas edited the seminar manuscripts of Richard Bandler and John Grinder (co-creators of NLP) into book form. A methodology to understand and change human behavior patterns, NLP can be understood as the study of the structure of subjective experience, the inner workings of our minds, and how to use that knowledge to enrich our choices. Since then, Real People Press has continued on this track by publishing the original works by those who have extended NLP in unique and useful ways.

First editions from Real People Press have a sequence of numbers on the copyright page with “1” present.