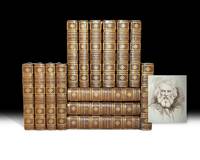 Henry Oscar Houghton, a one-time mayor and long-time resident of Cambridge, Massachusetts, founded Riverside Press in an old building along the banks of the Charles River in 1852. Soon after its establishment, the printing plant attracted several significant publishing firms and established publishing contracts with Atlantic Monthly and G. & C. Merriam Company, among others. In 1880, Houghton partnered with George Mifflin to found Houghton Mifflin Company, which soon established, and shortly thereafter expanded, an impactful educational department.

Beginning with the publication of the Stanford-Binet Intelligence Scale during World War I, Houghton Mifflin became increasingly involved in publishing standardized tests. The company worked closely with many eminent authors in the field, including E.F. Lindquist, who developed the Iowa Tests of Basic Skills, and Robert Thorndike, author of several ability tests.

In 1979, the Riverside Publishing Company was officially established as a wholly owned subsidiary of Houghton Mifflin Harcourt, now a leading educational U.S. publisher, with a primary goal of providing the best possible products in order to enhance the educational opportunities for all children. Now a leading publisher of clinical and educational standardized tests in the United States, Riverside Publishing is headquartered in Rolling Meadows, an Illinois suburb outside of Chicago.

First editions from Riverside have the words “First Published (year)” on the copyright page with no additional printings listed.