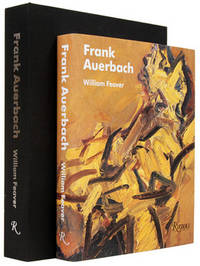 Founded in 1927 by entrepreneur Angelo Rizzoli as A. Rizzoli & Co., the company entered into the press industry by buying out four national magazines. In 1974, Rizzoli entered into the publishing industry and has since become a leader in the fields of art, architecture, interior design, photography, haute couture, and gastronomy. The company is internationally recognized for its diverse range of titles as well as its high standard of content, design, and production.

After being restructured and taken over many times, the company was renamed RCS MediaGroup in 2003. Rizzoli’s Universe imprint specializes in pop culture with humor, sports, performing arts, gay and alternative lifestyles, and calendars. Skira Rizzoli was established in 2008, expanding the company’s presence into museum-related publishing. In 2011, Rizzoli established Ex Libris, an imprint dedicated to publishing up-market literary fiction and nonfiction with a transatlantic character.

In first editions from Rizzoli International, “First Edition” and “First Published (year)” appear on the copyright page with no additional printings listed.