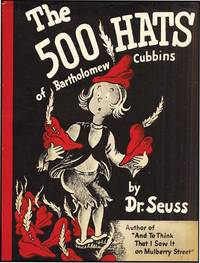 Vanguard Press is a United States publishing house established with the Garland Fund — a $100,000 grant from the left wing American Fund for Public Service. The respected independent literary house of over 62 years mass-marketed less expensive books on an array of radical topics, including studies of the Soviet Union, socialist theory, and politically oriented fiction by a range of writers. Though prices rose over time, Vanguard remained the economical source of hardcover books.

The publishing house of Macy-Masius was merged into the Vanguard Press in June 1928. With the coming of the downturn of the economy in 1929, Vanguard Press steadily moved away from radical political publications and toward more mainstream literary titles as well as apolitical titles of topical interest, such as studies of Charles Lindbergh and organized crime in Chicago. In 1932, James Henle, president of Vanguard Press for three years, became sole owner of the publishing house.

One of Vanguard’s greatest successes was Arthur Kallet’s 100,000,000 Guinea Pigs (1933), an exposé about dangerous consumer products. Kallet, who three years later would found the Consumers Union and Consumer Reports magazine, followed up the exposé with a sequel nearly as successful called ’Counterfeit’, in which the author called for the end of production for profit, and identified himself as a Communist.

Vanguard Press earned a reputation for publishing promising new fiction, poetry, literature for children and young adults, and non-fiction. Vanguard published the first two books of Dr. Seuss: And to Think That I Saw It on Mulberry Street (1937) and The 500 Hats of Bartholomew Cubbins (1938). The publisher is also responsible for the first books of Nelson Algren, Calder Willingham, and Marshall McLuhan as well as Auntie Mame (1955), a comic novel rejected by a dozen publishers before it became a runaway bestseller. Vanguard Press, along with its valuable backlist of 500 titles, was sold to Random House in October 1988.

First editions from Vanguard Press either have no additional printings listed on the copyright page or a sequence of numbers with “1” present.