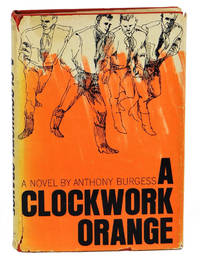 In 1923, William Warder Norton and his wife, Mary Dows Herter, began transcribing and publishing the lectures delivered at the People’s Institute in New York City. At their humble living room table, the Nortons assembled the lectures into pamphlets and then boxed them in sets of 20 to be sold. Soon they acquired a wider range of manuscripts—entering the fields of philosophy, music, and psychology—and published acclaimed work, including that of Bertrand Russell, Paul Henry Lang, and Sigmund Freud (as his primary American publisher).

During World War II, Norton served as the president of the Council on Books in Wartime, a book donation effort that put 123 million copies of 1,180 titles into the hands of those in military service. It was during this time that Norton coined the phrase, “Books are the weapons in the battle of ideas,” which was later adopted by Franklin Delano Roosevelt. Following Norton’s death shortly after the war, his wife, who had been a prominent force in the company’s development, decided to implement a Joint Stockholders Agreement, which gave the ownership of the firm—including her own shares—to its active employees. Today, the agreement continues to be honored.

Some of the most important works published by Norton include: Betty Friedan’s The Feminine Mystique; Anthony Burgess’ A Clockwork Orange; Thirteen Days, Robert F. Kennedy’s firsthand account of the Cuban Missile Crisis; Present at the Creation, by Dean Acheson, who was praised as the most effective secretary of state of his era; Liar’s Poker, which launched Michael Lewis’ decades-long chronicle of Wall Street’s greed and hubris; and The 9/11 Commission Report, a speedily-recorded vital historical document, a significant portion of the profits of which went charity.

Since the 1940s, Norton’s college department has served as a cornerstone of the publishing program. The company’s textbook publications were broadened with Edward McNall Burns’ Western Civilizations. By the next decade, Norton asked leading Romanticism scholar M. H. Abrams to develop a concept that went on to change the teaching of literature: the Norton Anthologies. More than 20 million students have turned the tissue-thin paper of these books worldwide.

Today, W.W. Norton is a global company with an annual list of more than 400 titles.

First editions from W.W. Norton state “First Edition” on the copyright page along with a sequence of numbers with “1” present. However, the publisher occasionally failed to remove the statement from subsequent printings.