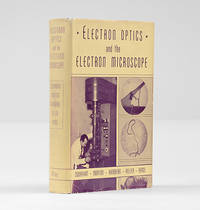 Initially printing titles for other publishers in order to get his feet on the ground, Charles Wiley opened a small lower Manhattan printing shop in 1807. Little did he know, Wiley’s firm would grow to publish the works of more than 450 Nobel laureates in every Nobel Prize category: Literature, Economics, Physiology/Medicine, Physics, Chemistry, and Peace.

In 1814, Wiley and partner Cornelius Van Winkle expanded the small printing shop to establish a printing, publishing, and bookselling company. The two also opened a bookstore that became a gathering place for writers interested in establishing a new American literature. Though the partnership dissolved six years later, Wiley went on to publish the works of James Fenimore Cooper, Richard Henry Dana, Washington Irving, and many others.

Following Wiley’s death in 1826, his son John took over the business and continued to do so for 65 years. Under John’s leadership, the company continued to promote American and European authors and extended the company’s offerings in practical and professional topics. George Putnam joined the firm as a junior partner in 1834 and four years later, he helped to establish a branch office in London, the first of its kind for an American publisher. After the company achieved prominence in the industry with a backlist including Hans Christian Andersen, Elizabeth Barrett Browning, Charles Dickens, Margaret Fuller, Nathaniel Hawthorne, Victor Hugo, Herman Melville, and Edgar Allan Poe, Putnam left Wiley in 1848. John soon shifted the firm’s focus from literature to scientific, technical, medical, and other types of nonfiction publishing. After his sons joined the firm (Charles in 1865 and William in 1876), it was renamed John Wiley & Sons.

Further expansions for Wiley over the next several decades included: electrical, civil, and mechanical engineering; architecture; construction; agriculture; organic, physical, and analytical chemistry; and other fields. In the early 1900s, John’s grandson William O. Wiley joined the family firm. It was around this time that Wiley became well-established as a leading U.S. publisher in science and technology. After World War II, the firm began producing college textbooks — which were contributing the largest share of the company’s revenue by the 1980s.

John’s great-grandson William Bradford “Brad” Wiley, who had joined the firm in 1932 to represent the fifth generation of the family working in the business, took over its leadership in 1956. In addition to further expansions, Brad oversaw the adoption of modern business practices. Wiley purchased Ronald Press in 1977, which brought the firm a valuable backlist of business and accounting titles. Additionally, the Wiley’s scientific, technical, and medical programs grew extensively with the acquisitions of Wilson Learning Corporation in 1982, Alan R. Liss, Inc. in 1989, and VCH in 1996. Other various acquisitions — some small, others more sizeable — added to growth through the 1990s.

With the addition of Hungry Minds (the new name for IDG Books as of 2000) in early 2001, Wiley now publishes the For Dummies series. Wiley’s 2007 acquisition of U.K.-based Blackwell Publishing (Holdings) Ltd., one of the world’s foremost academic and professional publishers, was the largest in the company’s history.