Home Hemry, John G Rule Of Evidence
The struggle for justice among the stars is a never-ending fight…
At the very edge of South Asian Alliance territory, the USS Michaelson is conducting maneuvers alongside her sister ship, the USS Maury, in a show of military strength. The Michaelson’s legal officer, Lieutenant Paul Sinclair, is pleased, since his girlfriend, Lieutenant Jen Shen, is serving aboard the Maury as an engineer. The operation is going by the numbers—until the Maury is wracked by devastating explosions and its engineering section is destroyed.

Paul is overjoyed when Jen is found alive, but his happiness is short-lived. Jen, as the sole survivor in Engineering, is suspected of negligence—or worse, sabotage—and faces court-martial. Now Paul must find out what really caused the explosions. But the more he learns, the more he faces the terrible  possibility that the woman he loves may be guilty of sabotage and murder... 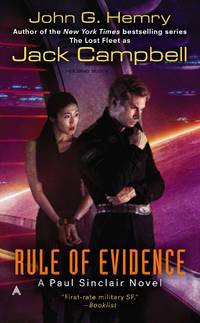 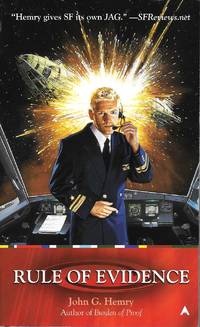 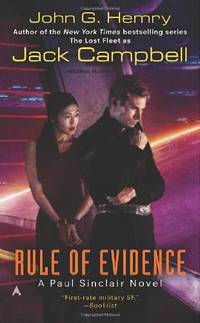 This copy of Rule of Evidence offered for sale by Borderlands Books for $4.00