If you want a dry factual account of the battle of Dienbienphu, this is not the book to read. If you want a heart-felt paean to both the French and Vietminh soldier, on the stupidity and wastefulness of the whole French effort in Indochina, this book is a must-read. The Battle of Dienbienphu is a very French book about a very French military catastrophe. It is a story of pride, hatred, and incompetence on the French side, and of determination and ruthlessness on the side of the Vietminh.

Jules Roy was a former member of the French Air Force, who had resigned his commission in response to French policy in Indochina. His initial idea was to write a book about the battle and the heroism of the French troops, but as he researched more he realised that that the true story of Dienbienphu was one of the generals and government, the pettiness of the former and the cynicism of the latter, who didn't want to remain in Vietnam, but couldn't bear to loss of face a withdrawal would require.

It pays, as a reader, to have a basic idea of the course of the battle before you come to this book. Written about ten years after the battle, by a Frenchman in France, there is an assumption that some knowledge of events will be brought to the book by the reader. Written in a diary format, Roy begins his book with the appointment of Navarre as commander in Vietnam, and with his idea to provoke Giap by investing Dienbienphu to cut the Vietminh off from Laos and to draw them into pitched battle, while also providing a base from which to patrol and attack. This was a lot to accomplish, but Navarre was very sure of himself despite his inexperience in Indochinese warfare and refused to listen to the doubts his juniors cast on his scheme when they voiced them, which they perhaps didn't do aggressively enough.

That they didn't push their doubts may have been partly down to the contempt in which most French officers held the Vietminh troops. There was little doubt from the French that they could not only hold Dienbienphu, but also destroy any attack the Vietminh might like to launch. Navarre envisaged that Dienbienphu would draw the Vietminh in and allow him, while the bulk of the enemy were fighting there, to clear the Delta of enemy combatants.

This underestimation was fatal for the French. Not only could Giap get an army to Dienbienphu, he could also feed them and keep them in ammunition. More importantly, and to the complete surprise of the French, he could get heavy artillery into the hills surrounding the French base and dig them in well enough to survive any bombardment.

The geographical position of Dienbienphu was an appalling one in which to survive a siege: the bottom of a basin ("the Chamber Pot"), surrounded by jungle-covered hills, far from air support (fighters could only spend ten minutes over the base before they had to return), it was impossible for the French to effectively deny the hills to the Vietminh, and thus protect themselves.

The ambivalence of the French Government - unwilling to expand their commitment to Indochina - led to the French forces being short of the equipment they needed. Most of the Air Force consisted of war surplus US equipment, and Navarre stinted on ramping up Dienbienphu, insisting that it was the decoy for his larger Delta campaign long after it was obvious that Dienbienphu was in fact becoming the decisive battle for control of Vietnam.

Roy is quite naturally angry about this aspect of the debacle: men were being sent to die in the weeks before the final surrender in the full knowledge that it was pointless, with the Generals knowing that Dienbienphu was lost. This makes the many heroic actions of the troops on the ground poignant and tragic.

Roy does not ignore the Vietminh story, with respectful (too respectful?) interludes describing the herculean efforts of the Viets to undertake the logistical effort as well as the fighting to win a historic victory.

The diary-like structure that Roy has chosen does much to add to the drama of his telling of this story: each day brings the inevitable end closer, and the horrors suffered by the French are well conveyed. Roy pulls no punches in his views of the French leadership - Navarre the cynic, Cogny the schemer, Castries, hopelessly out of his depth, Langlais keeping it all together on the ground, Bigeard the hero. Roy builds his story around these personalities, and others such as Grauwin the chief medic.

Roy's conclusion is that Dienbienphu didn't have to happen, or that it could have turned out differently. But, the particular combination of both military and civilian leaders that were on the spot at the time led to the inevitability of the final disaster.

Dienbienphu was not the end in Vietnam: there was another twenty years of warfare ahead of it. One outcome of the French defeat was that the United States was drawn in to the quagmire, only in the end to fail just as the French did.

For a powerful, if partisan and opinionated, description of Dienbienphu, I recommend this book 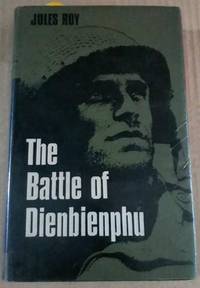 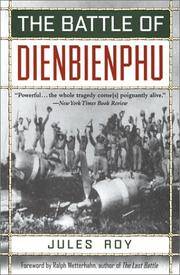 Description:
New York: Harper & Row, 1965. 344 pages/map. An account of the Battle at Dienbienphu, in French Indo China, the elite French Foreign Legion, and French Paratroopers, versus the Communist Vietminh. Illustrated with photographs, a dramatis personae of the Battle Of Dienbienphu, and a bibliography. Price clipped. Text clean. First Edition. Cloth. Near Fine/Very Good. 8vo - over 7¾" -… Read more
Add to Wishlist
Item Price
$49.50 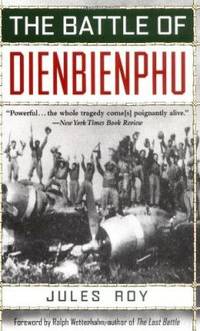 Description:
Harper & Row., New York. Hardcover. Good/Good. Translated by Robert Baldick. In spring of 1954 the French Command in Vietnam massed troops into the hollow punch bowl of Dienbienphu. Later the Vietminh forces annihilated them, bringing an end to European power in the Far East. The author gives day by day details, motives, and reasonings of the battle.… Read more
Add to Wishlist
Item Price
$43.75

Description:
New York: Harper & Brothers, 1965. 344pp/illus. / maps. Translated by Robert Baldick. In spring of 1954 the French Command in Vietnam massed troops into the hollow punch bowl of Dienbienphu. Later the Vietminh forces annihilated them, bringing an end to European power in the Far East. The author gives day by day details, motives, and reasoningsof the… Read more
Add to Wishlist
Item Price
$39.50 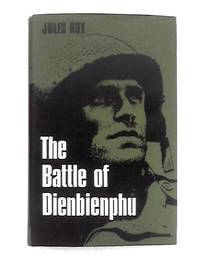 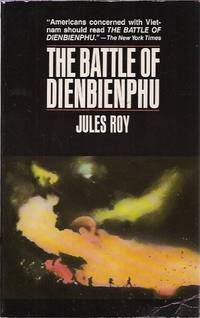 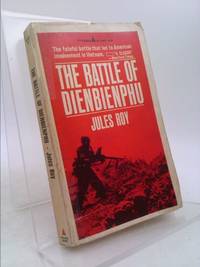 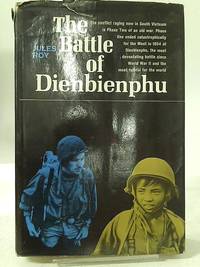 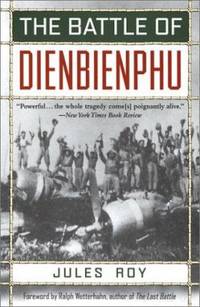 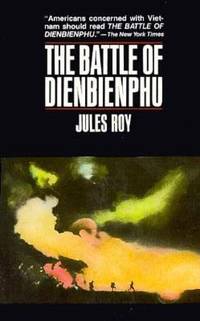 Description:
Used - Good. Used book that is in clean, average condition without any missing pages.
Add to Wishlist
Item Price
$5.00 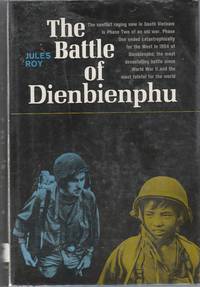 This copy of The Battle Of Dienbienphu offered for sale by bookkeeper102 for $5.00