Home Gabaldon, Diana The Exile
Diana Gabaldon is the New York Times bestselling author of the wildly popular Outlander novels—Outlander, Dragonfly in Amber, Voyager, Drums of Autumn, The Fiery Cross, A Breath of Snow and Ashes (for which she won a Quill Award and the Corine International Book Prize), and An Echo in the Bone—and one work of nonfiction, The Outlandish Companion, as well as the bestselling series featuring Lord John Grey, a character she introduced in Voyager. She lives in Scottsdale, Arizona.

Hoang Nguyen was born in Vietnam and emigrated to the United States at the age of nine. He has worked for Marvel, Dark Horse, and other comic publishers, and his original project Metal Militia was optioned by Dino De Laurentiis for feature film development. More recently he has worked in the videogame industry, having contributed to such well-known titles as the Elder Scrolls series for Bethesda Softworks. He was the lead artist and character designer on Dead to Rights for Namco and is currently a consultant for Namco Bandai Games.

The Exile is a graphic novel in the popular Outlander series by American author, Diana Gabaldon. The text is by Gabaldon; the artwork by Vietnam-born Hoang Nguyen. Gabaldon states that it covers approximately the first third of the first book, Outlander, but in reality, it covers the first two thirds. The story is mostly told from the perspective of Jamie's godfather, Murtagh Fitzgibbons Fraser, and begins where he meets Jamie returning from France.

While the novel contains some new information, as well as some overlap with the novella, Virgins, much of what it tells is already known to the Outlander reader, although perhaps with some slight variations. The characters are given speech bubbles and thought bubbles, which does put a new slant on some of the characters' motives, and there is a new character, Kenneth, another visitor from the future.

Gabaldon has herself illustrated comics earlier in her life, so perhaps this is the impetus for this form of novel. Hoang's artwork is detailed and colourful, but the Highland men are difficult to tell apart, except for Jamie with his red hair, and Colum Mackenzie with his (over)exaggerated lack of height. Claire is given a set of pneumatic breasts that seem to expand with the story, and Jamie's injury cannot seem to make up its mind whether it resides in the left or right shoulder.

The book is a quick read, especially for those familiar with the story, the presentation is on beautiful paper, and devoted fans of both graphic novels and Outlander may want to lay out between $20 and $30 for this quality hardback; those less fervent are advised to borrow it from the library. 3.5 stars 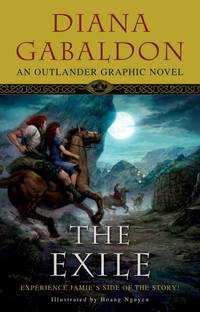 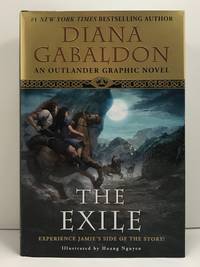 Description:
New York: Ballantine Books/Del Rey, (2010). First Edition. Hardcover. Fine/very good. Octavo,illustrated. A fine copy in a very good dust jacket with a tiny closed tear at the base of the spine, signed by the author and the illustrator on the title page.
Add to Wishlist
Item Price
$75.00

Description:
Doubleday Canada, 2010. Book. Near Fine. Hardcover. Signed by Author(s). 2nd printing, signed on the title page by the author, short inscription. great copy, not quite as tight as new binding, jacket has very light edge wear along top edge and a light scratch to back.
Add to Wishlist
Item Price
$60.00 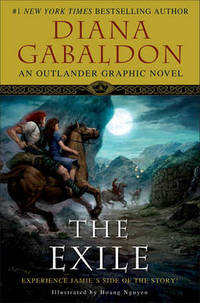 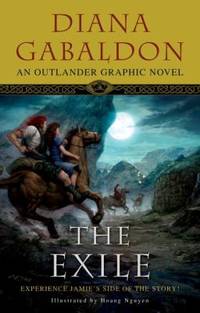 Description:
Doubleday Canada, 2010. Hardcover. As New. Disclaimer:Pages are clean and are not marred by notes or folds of any kind. ~ ThriftBooks: Read More, Spend Less.Dust jacket quality is not guaranteed.
Add to Wishlist
Item Price
$19.97 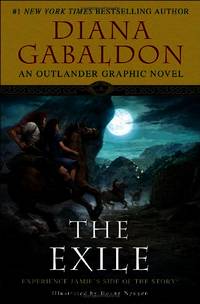 Description:
Doubleday Canada, 2010-09-21. First Edition. HARDCOVER. Fine/None. Canadian Graphic Novel first edition, first printing. Contains number line 1 2 3 4 5 6 7 8 9 10. No jacket as issued. Covers are in Near Fine condition. The book itself is in Near Fine condition. The binding is straight and tight. No remainder mark.We're happy to provide pictures… Read more
Add to Wishlist
Item Price
$19.99 $14.99
Save $5.00!

This copy of Exile offered for sale by Better World Books for $11.77