Nelle Harper Lee was born in Monroeville, Alabama on April 28, 1926, and she passed away in her hometown earlier today, February 19, 2016.

Harper Lee was best known for the novel To Kill a Mockingbird, which was published in 1960. It was immediately successful, winning the Pulitzer Prize in 1961, and has become a classic of modern American literature.  She remained out of the public eye for decades afterwards, and did not publish anything else until 2015, a sequel to Mockingbird: Go Set a Watchman in 2015.

The Works of Harper Lee 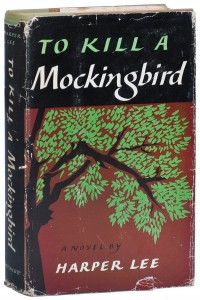 Harper Lee’s masterpiece To Kill a Mockingbird was an instant hit when it was published in 1961, and it has remained on school reading lists ever since. It was such a dynamic and powerful piece of literature that it won the 1961 Pulitzer Prize for Fiction, and Lee held the distinction of being the only author to have her first and only book to be a Pulitzer Prize winner. Of course, that changed with the publication of her second novel in 2015.

The subject matter of To Kill a Mockingbird made this an instant phenomenon in the literary world, with people either loving or reviling its handling of race and bigotry in the American South. Further, there has been an ongoing controversy over the actual authorship of To Kill a Mockingbird, with some believing that the true author was in fact Truman Capote himself. However, the prevailing belief is that Lee wrote the award-winning book. 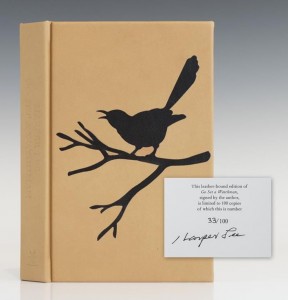 For decades, Harper Lee’s only published work was the timeless To Kill a Mockingbird. However, Go Set a Watchman, a sequel to her masterpiece, was published in 2015. The publication was marked by controversy and debate, both for the content of the book and the circumstances under which it was published. Lee penned the novel in the mid-1950’s, and although the events take place years after the events in To Kill a Mockingbird, Go Set a Watchman was written years before Mockingbird. The manuscript for Watchman was thought to be lost, but was found by Lee’s lawyer and published in North America by HarperCollins Publishers. The allegations of elder abuse and general confusion of the source and timeline of Lee’s authorship of Watchman made the publication all the more mysterious and controversial.

Almost immediately after its release to the public, there was a near instant outcry regarding the portrayal of the legendary character Atticus Finch. The lawyer who fought so iconically for his black defendant in the racist Jim Crowe South of Mockingbird was attending Klan meetings and arguing against integration in Watchman. In fact, readers were so appalled by the sudden evolution of Finch some applied to change the names of their children who were named in Atticus’ honor.

Though Lee’s bibliography may be limited to just two books, those works have had profound influence on American literature.