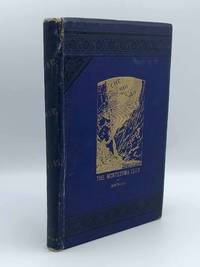 Che! Wah! Wah! Or the Modern Montezumas in Mexico

Che! Wah! Wah! Or the Modern Montezumas in Mexico

Rochester: E. R. Andrews, 1883. 8vo. Engraved color frontispiece, folding itinerary map with inset of Salida-Marshall Pass run, two plates and thirty-two mounted albumen photographs by R.D. Cleveland. Original blue pictorial cloth gilt, silk endpapers. Hinges cracked, some wear at extremities, modest cockling, but generally a crisp copy of this scarce book. FIRST EDITION. The "Modern Montezuma" comprised sixty-four general freight agents from the East who accepted the invitations of several western roads to tour their lines in a six-car private train. The photographs were taken by R.D. Cleveland, traveling auditor for the Burlington. They show a great deal of detail of western towns and Mexico. Travelling from Chicago to Chihuahua, the party passed through or stopped at Omaha, Lincoln, Denver, Canon City, Leadville, Marshall Pass, Pueblo, Trinidad, El Paso, Raton, Las Vegas, Wagon Mound, Chihuahua, and other spots along the route. The photographs illustrate landmarks, trains, views, people, architecture (including churches, depots, Montezuma Hotel and Hot Springs in Las Vegas, Windsor Hotel in Denver). One of the more unusual travel books, and one of the few nineteenth-century books with original photographs of Texas. Adams, Herd 2187 ("Has a chapter on cowboys"); DeGolyer Library, To Delight the Eye 22; Hanna & Reese, From Train to Plane 43 ("This excursion tour was really a busman's holiday; the Chicago, Burlington & Quincy, the Denver & Rio Grande, and the Atchison, Topeka & Santa Fe railroads hosted a tour of Colorado, New Mexico, and Mexico for a group of eastern freight agents. The party derived a good deal of innocent amusement from their Che! Wah! Wah! joke"); Palau 322926; Van Haaften, Bull. NY Pub Lib 420. Not in Graff, Howes or Wilcox.

gilt
The decorative application of gold or gold coloring to a portion of a book on the spine, edges of the text block, or an inlay in... [More]
New
A new book is a book previously not circulated to a buyer. Although a new book is typically free of any faults or defects, "new"... [More]
pub
Common abbreviation for 'published'
cracked
In reference to a hinge or a book's binding, means that the glue which holds the opposing leaves has allowed them to separate,... [More]
Cloth
"Cloth-bound" generally refers to a hardcover book with cloth covering the outside of the book covers. The cloth is stretched... [More]
First Edition
In book collecting, the first edition is the earliest published form of a book. A book may have more than one first edition in... [More]
crisp
A term often used to indicate a book's new-like condition. Indicates that the hinges are not loosened. A book described as crisp... [More]