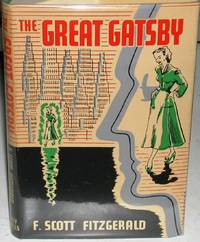 Shipping costs quoted by Biblio are based on books weighing 2.2 LB, or 1 KG. We use Airmail (Australia Post) for international orders. If your book order is heavy or oversized, we may contact you to let you know extra shipping is required. Feel free to inquire about exact shipping costs for any item. Books found to be other than described may be returned for a refund.

Seller rating:
This seller has earned a 5 of 5 Stars rating from Biblio customers.
Biblio.com member since: 2005
Rutherglen, Victoria
Ask Seller a Question

About Tapsell's Books and Music

Tapsell\'s Books and Music is in Rutherglen, a small country town in North-East Victoria, Australia. The bookshop, which was established in 1993, sells fine, old and general secondhand books and vinyl LPs. Rutherglen is well worth a visit and is a lovely, unspoilt country town in a famous winegrowing district. Wine + books = heaven. Phone: 0435 340 526. International phone: +61 435 340 526.

crisp
A term often used to indicate a book's new-like condition. Indicates that the hinges are not loosened. A book described as crisp...[more]
dustwrapper
Also known as book jacket, dust cover, or dust wrapper, a dust jacket is a protective and decorative cover for a book that is...[more]
gilt
The decorative application of gold or gold coloring to a portion of a book on the spine, edges of the text block, or an inlay in...[more]
Cloth
"Cloth-bound" generally refers to a hardcover book with cloth covering the outside of the book covers. The cloth is stretched...[more]
tail
The heel of the spine.
fine
A book in fine condition exhibits no flaws. A fine condition book closely approaches As New condition, but may lack the...[more]
spine
The outer portion of a book which covers the actual binding. The spine usually faces outward when a book is placed on a shelf....[more]