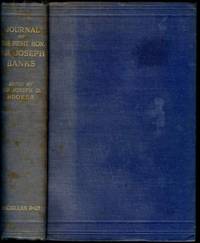 Sir Joseph Dalton Hooker was a British botanist and explorer in the 19th century. He was a founder of geographical botany and Charles Darwin's closest friend.

Sir Joseph Banks was appointed to a joint Royal Navy/Royal Society scientific expedition to the South Pacific Ocean on HMS Endeavour, 1768–1771. This was the first of James Cook's voyages of discovery in that region. Banks funded eight others to join him: the Swedish naturalist Daniel Solander, the Finnish naturalist Herman Spöring (who also served as Banks' personal secretary and as a draughtsman), artists Sydney Parkinson and Alexander Buchan, and four servants from his estate: James Roberts, Peter Briscoe, Thomas Richmond, and George Dorlton. In 1772, he was travelling with James Cook and docked in Simon's Town in what is now South Africa. The voyage went to Brazil, where Banks made the first scientific description of a now common garden plant, bougainvillea (named after Cook's French counterpart, Louis Antoine de Bougainville), and to other parts of South America. The voyage then progressed to Tahiti (where the transit of Venus was observed, the overt purpose of the mission), then to New Zealand. From there, it proceeded to the east coast of Australia, where Cook mapped the coastline and made landfall at Botany Bay, then at Round Hill (23-25 May 1770), which is now known as Seventeen Seventy and at Endeavour River (near modern Cooktown) in Queensland, where they spent almost seven weeks ashore while the ship was repaired after becoming holed on the Great Barrier Reef. While they were in Australia, Banks, Daniel Solander, and Finnish botanist Dr. Herman Spöring Jr. made the first major collection of Australian flora, describing many species new to science. Almost 800 specimens were illustrated by the artist Sydney Parkinson and appear in Banks' Florilegium, finally published in 35 volumes between 1980 and 1990. Notable also was that during the period when the Endeavour was being repaired, Banks observed a kangaroo, first recorded as "kanguru" on 12 July 1770 in an entry in his diary. Banks arrived back in England on 12 July 1771 and immediately became famous.

Light edge wear, corners bumped, cover some what faded with some foxing to spine else a very good copy issued without jacket.

gilt
The decorative application of gold or gold coloring to a portion of a book on the spine, edges of the text block, or an inlay in...[more]
First Edition
In book collecting, the first edition is the earliest published form of a book. A book may have more than one first edition in...[more]
jacket
Sometimes used as another term for dust jacket, a protective and often decorative wrapper, usually made of paper which wraps...[more]
Cloth
"Cloth-bound" generally refers to a hardcover book with cloth covering the outside of the book covers. The cloth is stretched...[more]
octavo
Another of the terms referring to page or book size, octavo refers to a standard printer's sheet folded four times, producing...[more]
New
A new book is a book previously not circulated to a buyer. Although a new book is typically free of any faults or defects,...[more]
plate
Full page illustration or photograph. Plates are printed separately from the text of the book, and bound in at production. I.e.,...[more]
spine
The outer portion of a book which covers the actual binding. The spine usually faces outward when a book is placed on a shelf....[more]