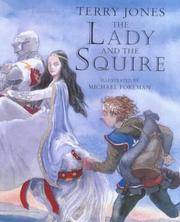 UK,8vo HB+dw/dj,1st edn.FINE/NFINE.No owner inscrptn,and no price- clip to dw/dj.Bright,crisp,clean,glossy laminated colour pictorial wrap- around artwork by Michael Foreman illustrated dw/dj; with negligible shelf-wear and minimal creasing to edges - no nicks or tears present. Two small spots where laminate has rubbed off,to upper wrap,towards it's front edge.Miniscule bumping with reciprocal creasing to both head+foot of spine/backstrip and to top rear corner.Top+fore-edges bright and clean, contents bright,tight and near pristine.Bright,clean,plain red paper-covered boards with bright,crisp,stamped gilt letters to spine/ backstrip and immaculate b/w map illustrated endpapers.Small black mark to foot of spine/backstrip.UK,8vo HB+dw/dj,1st edn,5-304pp [paginated] includes b/w line illus vignetted half-title page,title page,b/w line illustrated frntis,58 chapters,profuse b/w line illus - part+full-page - throughout the text and book,all by Michael Foreman. It's the start of a new series of headlong adventures for Tom and Ann - as they find themselves caught up in the chaos and bloodshed of the wars between England and France that scarred the fourteenth century. Tom is kidnapped,attacked by a cannibal,condemned to death,hunted by bandits and befriended by a giant.He also falls off a palace,down a well, and in love - oh! and he makes a total mess of the Pope's dinner! Ann has an ever harder time struggling with the beautiful but wilful Lady Emily as they escape from marauders and monks and mighty magnates.They leave a tower by the lavatory and discover the entire English army drunk - including the King! Whether or not you've already followed Tom and Ann's extraordinary careers in The Knight and the Squire,you'll find you won't be able to put The Lady and the Squire down once you start reading.Tom,Ann and Emily's incredible adventures take place in a Medieval France that is vividly visualized and historically accurate.Terry Jones has written another rip-roaring adventure full of humour,plenty of horror and even some history.Actually,it's the nearest thing to being there. Michael Foreman,born Pakefield,Suffolk,1938.Studied at Lowestoft School of Art and at the Royal College of Art. Lecturer at St Martin's School of Art (1963-65),the London College of Printing (1967/8),the Royal College of Art (1968-70) and the Central School of Arts and Crafts (1972).Art Director of Playboy magazine,Chicago (1965) and the King Magazine,London (1966).Painter,etcher,illustrator and writer of children's books.His illustrative work is distinctive: he often works in colour of halftone,creating luminous effects with veils of thinly diluted pigment over delicate pencil outlines; in his etched illustrations,he uses soft ground techniques to achieve subtle tonal graduations.His imagery,ostensibly decorative,humorous or with a sometimes child-like appearance,often has menacing or bizarre overtones. He was winner of first prize in the Francis Williams Book Illustrations Award (1972+1977) and the Silver Eagle Prize at the Festival International du Livre,Nice, France (1972),the Graphics Prize at Bologna (1982) and the Kurt Maschler Award (1982), winner of the Kate Greenaway Medal,his recent book War Boy (1989) had just won him the Kate Greenaway Medal for a second time. Please contact rpaxtonden@blueyonder.co.uk ,because of the weight and value of this item,for correct,insured shipping/P+p quotes - particularly ALL overseas buyers - BEFORE ordering through the order page!