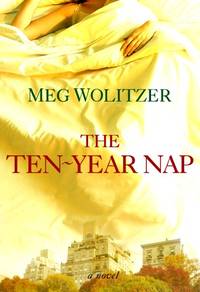 The New York Times bestselling novel that woke up critics, book clubs, and women everywhere. For a group of four New York friends the past decade has been defined largely by marriage and motherhood, but it wasn’t always that way. Growing up, they had been told that their generation would be different. And for a while this was true. They went to good colleges and began high-powered careers. But after marriage and babies, for a variety of reasons, they decided to stay home, temporarily, to raise their children. Now, ten years later, they are still at home, unsure how they came to inhabit lives so different from the ones they expected—until a new series of events begins to change the landscape of their lives yet again, in ways they couldn’t have predicted. Written in Meg Wolitzer’s inimitable, glittering style, The Ten-Year Nap is wickedly observant, knowing, provocative, surprising, and always entertaining, as it explores the lives of its women with candor, wit, and generosity. Meg Wolitzers's newest book, The Interestings , is now available from Riverhead Books.

Seller rating:
This seller has earned a 4 of 5 Stars rating from Biblio customers.
Biblio.com member since 2007
GORING BY SEA, West Sussex
Ask Seller a Question