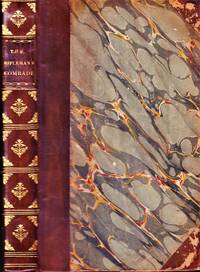 The Young Rifleman's Comrade: A Narrative of His Military Adventures, Captivity, and Shipwreck

The Young Rifleman's Comrade: A Narrative of His Military Adventures, Captivity, and Shipwreck

Edited by Johann Wolfgang von Goethe (1749-1832) "There is not a more pleasing method of recalling the past, than by the contemplation of individual realities", from the preface which is included here together with a dedication by the English translator to the author of Faust.

"Born in France, the author fled the French Revolution as a boy and later served as a soldier in Spain during the Peninsular War. He later travelled to Naples, where he entered the British Army. He later joined the Royal Navy and in 1818 he served on the Cabalva, which made an attempted voyage to China but was shipwrecked near Mauritius, which the crew eventually succeeded in reaching." Copac.

The narrative begins with the French Revolution, continuing to the Peninsular War, Cabrera "the poorest of the Balearic Islands", Corsica, Sicily, England, service aboard the "ill fated" East Indiaman Cabalva, under Captain Dalrymple, and the subsequent shipwreck in the Indian Ocean in 1818, survival on the Cardagos Garagos shoals, and return to England via St Helena, and then home.

The translator, considered to be the Peninsular War and Waterloo veteran Sir John Kincaid (1787-1862) notes "we are at a loss to know how much of this book may belong absolutely and bona-fide to the illustrious writer by whom it has been introduced to the world. With regard to the eloquence displayed in various parts, that is not much to the purpose, since of course the style would receive a tinge from the glowing imagination of the editor: but it must be confessed that, at times, the elevation of sentiment and refinement of taste displayed by the Rifleman seem somewhat beyond the sphere of his alleged rank" p. xvii-xviii

Marbled boards
...[more]
half title
The blank front page which appears just prior to the title page, and typically contains only the title of the book, although, at...[more]
calf
Calf or calf hide is a common form of leather binding.  Calf binding is naturally a light brown but there are ways to treat...[more]
octavo
Another of the terms referring to page or book size, octavo refers to a standard printer's sheet folded four times, producing...[more]
shelf wear
Shelf wear (shelfwear) describes damage caused over time to a book by placing and removing a book from a shelf. This damage is...[more]
gilt
The decorative application of gold or gold coloring to a portion of a book on the spine, edges of the text block, or an inlay in...[more]
spine
The outer portion of a book which covers the actual binding. The spine usually faces outward when a book is placed on a shelf....[more]