Description:
NY: St. Martin's, 2001. First Edition. John Howe. 8vo, pp 235. Includes brief bios of the authors. Illustrated by John Howe. Fine in slightly scuffed dj. This collection contains: Introduction by George R. R. Martin; On Tolkien and Fairy Stories by Terri Windling; The Radical Distinction - A Conversation with Tim and Greg Hildebrandt by Glenn Hurdling; The Mythmaker by Lisa Goldstein; The Tale Goes Ever On by Charles de Lint; How Tolkien Means by Orson Scott Card; Tolkien After All These Years by Douglas A. Anderson; The Longest Sunday by Diane Duane; Rhythmic Pattern in The Lord of the Rings by Ursula K. Le Guin; A Bar and a Quest by Robin Hobb; Cult Classic by Terry Pratchett; The Ring and I by Harry Turtledove; If You Give a Girl a Hobbit by Esther M. Friesner; A Changeling Returns by Michael Swanwick; Awakening the Elves by Poul Anderson; and Our Grandfather: Meditations on J. R. R. Tolkien.
Item Price
$14.00
$6.00 shipping to USA 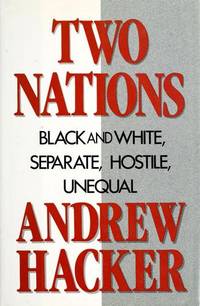 Description:
London: Robert Hale, 1982. First Edition. 8vo, pp. 224. Index. Illustrated with photographs. Top edge slightly soiled, o/w a nice copy in little spotted dj. A history of the city and a discussion of how it has changed in response to the needs and attitudes of its citizens.
Item Price
$13.00
$6.00 shipping to USA

Description:
London: Hutchinson, 1967. 8vo, pp. 256. A miscellany. Illustrated articles on various subjects: The Dome of the Rock, old fashion plates, the Watts Towers, and so on. DJ athered to back cover, o/w a nice copy in little chipped and soiled dj. Includes a piece by Brian Aldiss.
Item Price
$16.00
$6.00 shipping to USA 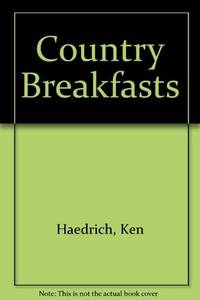 Description:
Denver, Co: The Old West Publishing Co, 1931. 8vo, pp. 316. Illustrated, name on end paper, a near fine copy. Bound in green cloth. Howes H10aa. "Fitzpatrick (1799-1854) ranks with Jedediah Smith, Bridger, and Carson as the four greatest mountain men. His first trip over the Santa Fe trail was in 1831, with the caravan on which Jedediah Smith lost his life. Fitzpatrick was later a guide for such men as Fremont, Abert, and Kearny; in 1846 he was agent for the tribes on the Arkansas, Platte, and Kansas Rivers."---Jack Rittenhouse. "Fitzpatrick was not only influential in shaping the fur trade during its formative years, but equally so as an early guide to emigrants and Army expeditions, and as an Indian agent, being generally respected red and white alike for his work in this connection. He has occasionally been hailed with some justification as the greatest of all frontiersmen of his period."---Dan L. Thrapp.
Item Price
$264.00
$6.00 shipping to USA