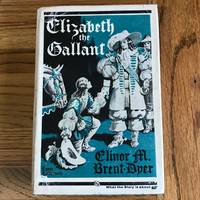 Description:
London: Thornton Butterworth, 1935. First Edition. Hard Cover. Dust Jacket. First UK Edition. Original aquamarine-green boards with publishers logo blind-stamped to the bottom right hand corner of the front board. Black lettering to the spine and front board. Slight fading to the spine (caused by ghosting through the D/W), a booksellers ticket on the front paste-down and a front hinge that is starting to weaken. Overall a VG copy. In the VERY RARE D/W priced 7s 6d net to the inside flap (as called for). The D/W has a chip to the top right hand corner of the spine just affecting the lettering and another small chip from the bottom right hand corner of the rear panel. Notoriously scarce, either with or without a D/W, this is one of Elinor Brent-Dyers scarcest books. NOT TO BE CONFUSED WITH THE 1950S REPRINT OR 2006 PAPERBACK RE-ISSUE
Item Price
$1,262.20
$29.03 shipping to USA 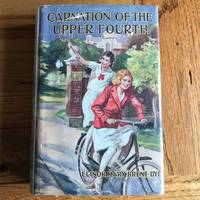 Description:
London, 1934. Hard Cover. Dust Jacket. Signed by Author. (London: Girls Own Paper Office - undated - [1934]). Publisher's original red cloth with blue titles to upper board and to spine. The boards are in very good condition though the colour is a little mottled to the spine (due to colour transfer onto the inside of the D/W). The book is in VG+ condition with some light soiling marks to the prelims otherwise the pages are very clean with only occasional spots throughout. The edges of the front paste-down have some pink staining from the red cloth that has bled through. SIGNED AND INSCRIBED BY THE AUTHOR ON TO THE FRONT FREE END-PAPER: "Joy Brown/ with love and best wishes/ for a happy birthday/ from Elinor M. Brent Dyer./ May 18th 1939." The publisher's original D/W, which has no loss at all, is un-clipped showing the original price of 2/- net to the inside flap. It is also in VG+ condition with no loss and only a few very minor creases. The spine does not appear sunned at all,… Read More
Item Price
$296.62
$29.03 shipping to USA 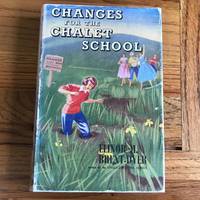 Description:
London: Chambers, 1953. First Edition. Hard Cover. Dust Jacket. First UK Edition. Publisher’s green cloth with black lettering. Some staining (bleeding from the boards) onto the verso of the D/W that show though partially to the spine and the right hand edge of the back panel. Overall about VG/VG. Surprisingly uncommon
Item Price
$189.33
$29.03 shipping to USA 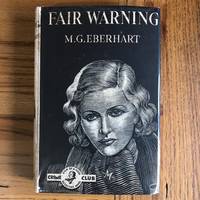 Description:
London: Collins Crime Club, 1936. First Edition. Hard Cover. Dust Jacket. First UK Edition. Foxing to the page block edges and the early/late pages of the book otherwise a bright and clean VG+ copy in a D/W that is VG indeed and priced 7/6 net to the inside flap (as called for). The D/W has a little minor edge wear and has a couple of un-necessary tape repairs to the verso. To improve the appearance of this book some paper of a similar colour and age has been laid into the D/W protector to mask the minor chipping to the extremities. Uncommon. Looks nicer than it sounds. Scans invited.
Item Price
$631.10
$29.03 shipping to USA 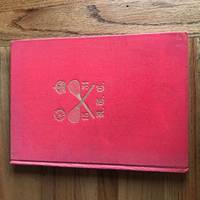 Description:
1938. First Edition. (Privately Printed 1938). Originally published in French in 1767, and now translated into English for the first time by Catherine W Leftwich. Printed for Christopher B. Gabriel Hon. Sec. and Treasurer of the Royal Tennis Court in May 1938. Limited to 250 copies of which 150 (numbered 1-150) are reserved for Members of the Royal Tennis Court. This being copy # 46 and additionally signed by C B Gabriel. Illustrated frontispiece with (tissue-guard), 5 plates at the rear ("Paulmier"). Original red cloth with gilt emblem to the front, top edge gilt. Rough cut page edges. A fine copy. Uncommon.
Item Price
$504.88
$29.03 shipping to USA

Description:
London: Harper Collins, 2021. First Edition. Hard Cover. Dust Jacket. Signed by Author. First UK Edition. Publisher's black boards with metallic blue spine lettering and yellow end-papers. SIGNED COPY with a title page stating "signed by the author" as well as a sticker to front panel. Presumably a "special" edition to distinguish it from the regular (unsigned) trade edition. A fine (or better) copy in like D/W. Signed by the Author by way of a tipped-in title page. ISBN: 978-0-00-820831-8. Number '1' to the printing number line on the copyright page, denoting a first printing. The # 1 Sunday Times Bestseller. Photographs/scans available upon request.
Item Price
$41.65
$29.03 shipping to USA 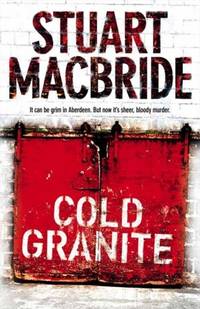 Description:
London: Robert Hale, 1963. First Edition. Hard Cover. Dust Jacket. First UK Edition. Publisher's green boards with black lettering to the spine. PUBLISHER'S FILE COPY stamped FILE COPY (in red) 3/4/63 to the front free end-paper. A hint o0f foxing to the page block edges otherwise a near fine copy in like dustwrapper. with a short, closed tear at the top left hand corner of the front panel and minor toning to the back panel. A blue-spined Hale with the red Hale gun logo to the spine of the dustwrapper. Uncommon. Photographs/scans available upon request
Item Price
$441.77
$29.03 shipping to USA 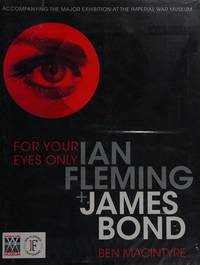 Description:
London: Faber, 1958. First Edition. Hard Cover. Dust Jacket. First UK Edition. Publisher's blue boards with with white lettering to the spine. Scattered foxing to the spine and to the page block edges and end-papers otherwise a bright and clean VG+ copy. The VG+ dustwrapper is price-clipped to the inside flap with just the merest hint of wear. A much nicer copy than it sounds of this uncommon cookery book. Photographs/scans available upon request.
Item Price
$189.33
$29.03 shipping to USA

Description:
London: Faber, 1958. First Edition. Hard Cover. First UK Edition. Publisher's blue boards with with white lettering to the spine. Internally a very clean copy but boards are foxed and marked. Overall a good copy that could easily be used as a reference item as the internal recipes are clean and un-foxed. Surprisingly uncommon. Photographs/scans available upon request.
Item Price
$44.18
$29.03 shipping to USA