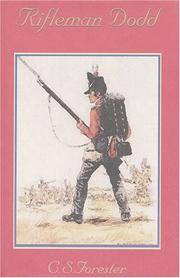 Description:
(Subject: European Conflicts & The Napoleonic Wars) An account of the Peninsular Wars through the eyes of a soldier in the Ninety Fifth Foot. Cut off from his regiment by enemy forces pursuing his British comrades in retreat, Rifleman Matthew Dodd commits himself to fighting his way back to friendly lines. Dodd's simple, unyielding devotion to his duties as a soldier exemplifies core values - honor, courage and commitment which all Marines are expected to demonstrate. (Published: 1989) (Publisher: Nautical & Aviation Coy,) (ISBN: 0933852762) (Pagination: 151pp) (Condition: Good in scratched d/w) UL-XXXXXX
Item Price
$23.16
$27.69 shipping to USA

Description:
(Subject: European Conflicts & The Napoleonic Wars) Green boards, no d/w. Fading on spine and front board. Previous owner name and date on endpaper. A biography of Napoleon's first Empress Josephine, born in Martinique of a poor but titled family. She was initially married to Alexandre de Beauharnais, becoming a prominent socialite. Her husband was guillotined during the reign of Terror. She later married Napoleon Bonaparte in a civil ceremony in 1796. There were no children from a very stormy marriage and Napoleon eventually arranged an annulment, Joséphine retreating to her private residence at Malmaison. She died there on May 29, 1814. (Published: 1925) (Publisher: Methuen) (ISBN: No ISBN) (Pagination: 246pp illustrations) (Condition: ) UL-XXXXXX
Item Price
$86.84
$27.69 shipping to USA

Description:
(Subject: World War I - General) The author offers glimpses of a nation under stress and conscription during The Great War. He tells of the blind being recruited to listen for Zeppelins, the propaganda, shop stewards causing trouble in the arms factories, the deportation of Clyde troublemakers, the problem of alcohol, and 'slackers'. (Published: 1980) (Publisher: Michael Joseph) (ISBN: 0718118790) (Pagination: 288pp ills) (Condition: spine faded ow vg in dw) UL-XXXXXX
Item Price
$13.03
$27.69 shipping to USA 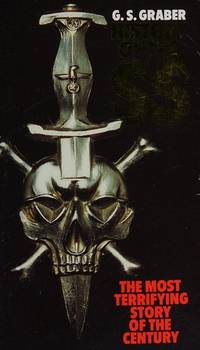 Description:
(Subject: The Third Reich - General) A rare paperback detailing the career of Heinrich Himmler and the SS organisation he commanded. From the components of Adolf Hitler's bodyguard he created the Reich Security Service with Heydrich as its Chief. They ran the Concentration and Extermination Camps charged with providing the "Final Solution". He raised the Waffen SS to a vast army which controlled large areas of the Third Reich and its economy (Published: 1980) (Publisher: Diamond Books) (ISBN: 0261664344) (Pagination: x + 244pp) (Condition: New paperback) UL-XXXXXX
Item Price
$1.03
$27.69 shipping to USA 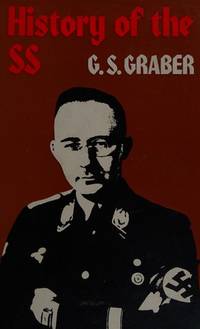 Description:
(Subject: The Third Reich - Military Structure) Fading on dust wrapper, some light foxing on top edge. The career of Heinrich Himmler and the SS organisation he commanded. From the components of Adolf Hitler's bodyguard he created the Reich Security Service with Heydrich as its Chief. They ran the Concentration and Extermination Camps charged with providing the "Final Solution". He raised the Waffen SS to a vast army which controlled large areas of the Third Reich and its economy. Hardcover edition - also available in softcover. (Published: 1978) (Publisher: Robert Hale Ltd) (ISBN: 0709169175) (Pagination: 228pp, photos) (Condition: good in dw) UL-XXXXXX
Item Price
$4.34
$27.69 shipping to USA

Description:
(Subject: Naval & Maritime: Ships, Submarines & Other Vessels - General) An account of Drake's great circumnavigation of the globe. Includes the break with his partner, Doughty, in Patagonia, and Doughty's trial by a jury. This established the principle that the commander of a ship at sea has almost absolute power. Also covers the plundering of the the west coast of South America and the taking of the Caca Fuego. (Published: 1994) (Publisher: Manchester Press) (ISBN: 1884150101) (Pagination: ix + 474pp, ills, ep maps) (Condition: vg in edge-worn dw) UL-XXXXXX
Item Price
$14.47
$27.69 shipping to USA

Description:
(Subject: Colonial & Other Wars - The American Civil War) Benjamin F. Butler was an American lawyer and politician who represented Massachusetts and later served as governor. During the American Civil War his administration of occupied New Orleans, his policies regarding slaves as "contrabands", his ineffectual leadership in the Bermuda Hundred Campaign, and the fiasco of Fort Fisher rank him as one of the most controversial "political generals" of the war. He was widely reviled for years after the war by Southern whites, who gave him the nickname "Beast Butler". (Published: 1961) (Publisher: Collier Books) (Pagination: 280pp) (Condition: Mass market paperback. Covers rubbed ow good, unread) UL-XXXXXX
Item Price
$7.24
$27.69 shipping to USA

Description:
(Subject: Political & Biographies - General) A scarce study of the life of the enigmatic General who won back the Sudan for Britain in 1898 (for which action he was Knighted). As Lord Kitchener he led Britain’s Military as Secretary of War in WWI. He was held responsible for the disaster at Gallipoli, and perished in 1916 when HMS Hampshire on which he was traveling to Russia, struck a mine off the Orkneys. (Published: 1935) (Publisher: Religious Tracts Society) (Pagination: 156pp, 4 photos) (Condition: red cloth, spine faded, light foxing at eps, g) UL-XXXXXX
Item Price
$14.47
$27.69 shipping to USA

Description:
(Subject: History & Development of Warfare - General) This book explores the history of modern fortifications from the 1870s, showing how designs changed radically to meet new threats particularly in the form of artillery. It shows how some of the major forts fared in battle and provides a detailed travel guide for anyone wishing to explore the fortifications of Netherlands, Belgium, France and Germany, including the West Wall, the Maginot Line, and the Atlantic Wall. (Published: 1988) (Publisher: Airlife Publishing) (ISBN: 1853100323) (Pagination: 166pp, photos maps.) (Condition: Good in card covers. Slight rubbing on top edge. ) UL-XXXXXX
Item Price
$8.68
$27.69 shipping to USA