Description:
SIGNED directly to book by Dr. Seuss to the dedicatees of Dr. Seuss's Sleep book. I have heard there are troubles of more than one kind. Some come from ahead and some come from behind. But I've bought a big bat. I'm all ready you see. Now my troubles are going to have troubles with me! Dr. Seuss dedicated his 1962 Sleep Book to his closest neighbors, Marie and Bert Hupp. On December 17, 1960, The New Yorker wrote about Ted and Bert s friendship. Apparently, the night before Ted would fly out east to Random House to deliver his newest book, he usually spent a sleepless night. He would spread the manuscript pages out on the living room floor and crawl back and forth in anguish among them. Sometimes he would summon Bert Hupp, whose judgment he trusted, to join him. The 75-year-old Hupp, who at the time was board chairman of the Sunshine Biscuit Company, would also drop to his knees scouring over the pages. In the end, Hupp would deliver the kind of pep talk football coaches save for the locker room. A… Read more
Item Price
$1,750.00
$3.00 shipping to USA 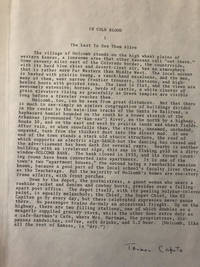 Description:
SIGNED Truman Capote, the first page of In Cold Blood, with title at header in capitals, 40 lines of text ending in ("Holcomb, like all the rest of Kansas, is dry. ) Very minor handling. Presumed to be a fair copy, i.e., a copy intended for the printer, with no marginalia or emendations, conforming to the published version of the text. A rare signed Capote piece. Book #P2115. $2675. We specialize in rare Ayn Rand, history, and science.
Item Price
$2,675.00
$3.00 shipping to USA

Description:
Second Printing of this rare defense of Rand's personal behavior during the Rand-Branden split. Written by Hamel primarily as a response to Barbara Branden's bio of Rand and her revelation of Rand's affair with Barbara's then-husband Nathaniel. Book has no writings or markings of any kind.Has a slight bend and some smudging, but a perfectly collectible copy of this scarce item of Randabilia, now long out of print. Book #P8a1552. $95. We specialize in rare Ayn Rand, history, and science.
Item Price
$95.00
$3.00 shipping to USA 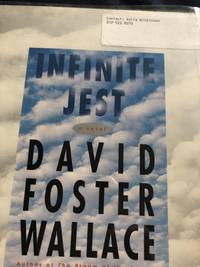 Description:
SIGNED and Dated by Foster in the year before publication! In publisher's protective jacket. Contains Publisher's Contact Info on upper right cover. A copy of the "Special Galleys Signed by the Author," the ONLY COPY we've even seen dated in 1995. Wallace's second novel, considered his magnum opus, a lengthy and complex work with copious endnotes, some containing their own endnotes. A Very Near Fine copy with a few tiny smudges on paper edges. Small stain next to end of Walllace signature. Still in Publisher's protective Glasine cover. Unique signed Wallace acquisition! Book #C2135. $1450. We specialize in rare Ayn Rand, history, and science.
Item Price
$1,450.00
$3.00 shipping to USA

Description:
Rare Ayn Rand at unmatched value! All 24 issues of the first 2 years of The Objectivist, 1966-67, in the blue green binder sold by The Objectivist to subscribers. Included is the first appearance in print of Ayn Rand's groundbreaking work on the nature, source and validation of concepts, Introduction to Objectivist Epistemology, 8 issues running from July, 1965 to February, 1967. In addition, 2 Rand Ford Hall Forum lectures, announcements of the Signed Limited Editions of Capitalism and Atlas, and the triumphant move of The Objectivist headquarters to NYC's Empire State Building, "the city of The Fountainhead." Issues range from good to fine condition. Binder is about good minus, but still holding strong. Sequential issues of The Objectivist, particularly those issues containing an entire Ayn Rand book are very uncommon, unheard of at this price. Book #P3307. $225. We offer the largest selection of rare, signed, and manuscript Ayn Rand on the planet!.
Item Price
$225.00
$3.00 shipping to USA 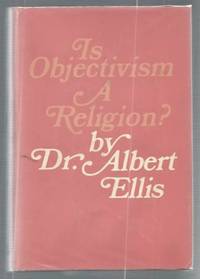 Description:
Hardcover. Condition: Near Fine. Dust Jacket Condition: Near Fine. 1st Edition. Collectible copy of the first full-length book critical of Objectivism, Ayn Rand's philosophy of reason, individualism, and rational self-interest. The author once debated Nathaniel Branden, Rand's protegee, about a year before he published his critique. Splendid copy in jacket, protected in mylar. The staining on cover is on the mylar protector, not on the dust jacket. Book #C3111. $33. We specialize in Rare Ayn Rand, history, and science.
Item Price
$30.00
$3.00 shipping to USA 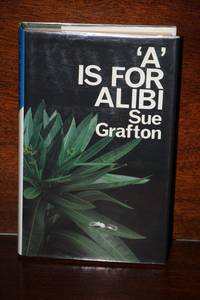 Description:
SIGNED/Inscribed by Grafton on Title Page. First British Edition of Grafton's A. Fine in a fine jacket. You kill people you hate or you kill in rage or you kill to get even, but you don't kill someone you're indifferent to." Book #P3386. $498. We specialize in Rare, Signed, and Manuscript Ayn Rand, history, and science.
Item Price
$498.00
$3.00 shipping to USA

Description:
SIGNED by "James Blish' AND his pseudonym "Wm. Atheling Jr," a MOST unusual combination of signatures. Stated First Edition copy of The Issue at Hand, Blish's first collection of his science fiction critisism. "Failure to grapple thoroughly with the logical consequences of an idea is one of the most common flaws in science fiction--as it is in all fiction," Blish observes. A fine, evidently unread copy in a very good+ jacket, NOT price-clipped, with a small chip on the back panel. Other than author's signatures, no writings or markings of any kind. Most unusual Blish/Atheling acquisition in highly presentable condition. Book #C2117. $350. We specialize in rare Ayn Rand, history, and science.
Item Price
$350.00
$3.00 shipping to USA

Description:
Beautiful SIGNED, UNread copy of the 25 Anniversary Edition of this hilarious look at the right wing. Book #P4301. $48. We specialize in rare Ayn Rand, history, and science.
Item Price
$48.00
$3.00 shipping to USA