Description:
SIGNED and Dated by Ayn Rand on July 4, 1976, the day America celebrated her Bicentennial. A beautiful copy of Rand's only play published in her lifetime. From the legendary collection of Ayn Rand collector extraordinaire Ryan York, who sent Rand several items to secure her signature on July 4, 1976, our Bicentennial, a date Ayn Rand considered holy! "If it is ever proper for men to kneel," she wrote in 1972, "we should kneel when we read the Declaration of Independence" ("A Nation's Unity). SIGNED without personalization and DATED in Rand's pen July 4, 1976, No Writings or Markings of any kind except Ayn Rand's. 125 pp; bound in eighth black cloth and blue boards, spine lettered in gilt. still tight (appears to have been read only through Rand's introduction) in a complete, UNCLIPPED jacket without tears or chips. A magnificent copy of Rand's only Broadway success. Book #C1123. $3600. We carry the world's largest selection of rare, signed, and manuscript Ayn Rand in private hands.
Item Price
$3,600.00
$3.00 shipping to USA 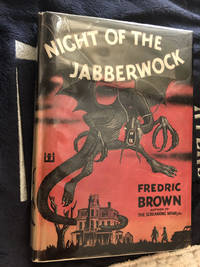 Description:
First Edition in bright, unclipped jacket. "Two walls of my living room are lined with them (books) and they overflow the bookcases in my bedroom and I even have a shelf of them in the bathroom. What do I mean, even? I think a bathroom without a bookshelf is as incomplete as would be one without a toilet." A very collectible copy in a bright jacket with only minor edgewear. Front flylead has marginal crossed-out writing, small stain on page edges of pp.28-31, not affecting text reading, and a small chip on the end flyleaf. Else a great copy, unclipped and square (not cocked at all). Book #P3387. $175. We specialize in Rare, Signed, and Manuscript Ayn Rand, history, and science.
Item Price
$175.00
$3.00 shipping to USA