Home Caro, Robert A The Years Of Lyndon Johnson

For his biographies of Robert Moses and Lyndon Johnson, Robert A. Caro has twice won the Pulitzer Prize for Biography, twice won the National Book Critics Circle Award for Best Nonfiction Book of the Year, and has also won virtually every other major literary honor, including the National Book Award, the Gold Medal in Biography from the American Academy of Arts and Letters, and the Francis Parkman Prize, awarded by the Society of American Historians to the book that best "exemplifies the union of the historian and the artist."   To create his first book, The Power Broker: Robert Moses and the Fall of New York, Caro spent seven years tracing and talking with hundreds of men and women who worked with, for, or against Robert Moses, including a score of his top aides.  He examined mountains of files never open to the public.  Everywhere acclaimed as a modern classic, The Power Broker was chosen by the Modern Library as one of the hundred greatest non-fiction books of the twentieth century. It is, according to David Halberstam, "Surely the greatest book ever written about a city." And The New York times Book Review said: "In the future, the scholar who writes the history of American cities in the twentieth century will doubtless begin with this extraordinary effort."   To research The Years of Lyndon Johnson, Caro and his wife, Ina, moved from his native New York City to the Texas Hill Country and then to Washington, D.C., to live in the locales in which Johnson grew up and in which he built, while he was still young, his first political machine.  He has spent years examining documents at the Johnson Library in Austin and interviewing men and women connected with Johnson's life, many of whom had never before been interviewed. The first volume of The Years of Lyndon Johnson, The Path to Power, was cited by The Washington Post as "proof that we live in a great age of biography... [a book] of radiant excellence... Caro's evocation of the Texas Hill Country, his elaboration of Johnson's unsleeping ambition, his understanding of how politics actually work, are—let  it be said flat out—at the summit of American historical writing." Professor Henry F. Graff of Columbia University called the second volume, Means of Ascent, "brilliant.  No review does justice to the drama of the story Caro is telling, which is nothing less than how present-day politics was born."  And the London Times hailed volume three, Masters of the Senate, as "a masterpiece... Robert Caro has written on of the truly great political biographies of the modern age."   "Caro has a unique place among American political biographers," according to The Boston Globe.  "He has become, in many ways, the standard by which his fellows are measured."  And Nicholas von Hoffman wrote: "Caro has changed the art of political biography."   Caro graduated from Princeton University and later became a Nieman Fellow at Harvard University.  He lives in New York City with his wife, Ina, an historian and writer.

From the Trade Paperback edition. 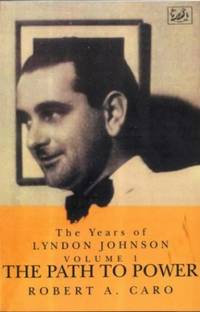 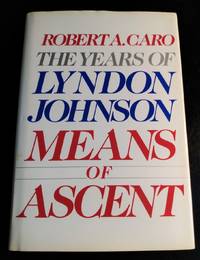 Description:
This is a stated first edition of The Years of Lyndon Johnson: Means of Ascent, the second volume of Johnson's biography written by Robert A Caro. It covers the life of the president-to-be from his defeat in the 1941 campaign for the Senate, through his service in WWII (including his embellishment of his record), to the… Read more
Item Price
$23.08 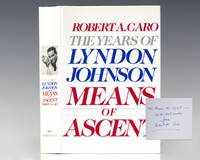 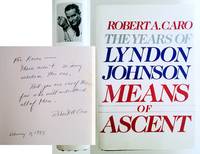 Description:
The Years of Lyndon Johnson: Means of Ascent by Robert A. Caro. First Edition/First Printing, 1990. Inscribed by Robert A. Caro on the endpaper For Karen, There aren't so many words in this one. But you're one of the few who will understand all of them Published by Knopf, New York, New York, 1990. Robert A.Caro (b.1935), American Historical Biographer, winner of… Read more
Item Price
$220.00 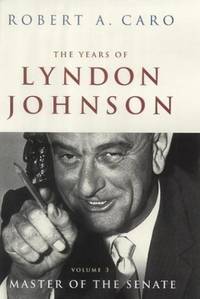 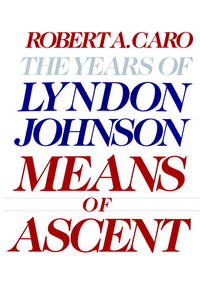 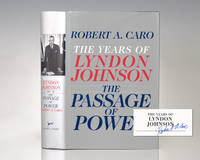 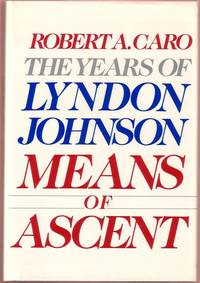 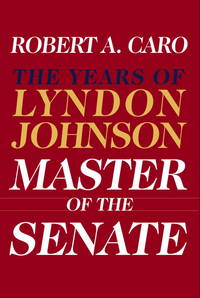 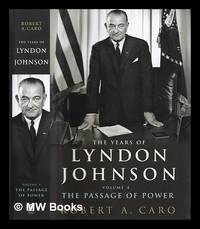 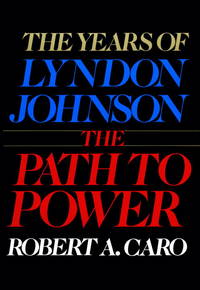 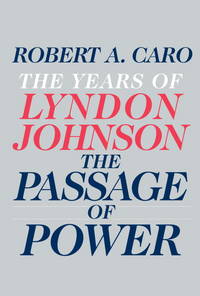 Description:
New York: Alfred A. Knopf, 2012. Book. As New. Hardcover. 1st Edition. First Edition/First Printing. Hardcover in unclipped dustjacket. Huge at 712 pages with photographs. Book Four of Robert A. Caro's monumental work. One of the great political biographies of the modern age. Just a touch of edgewear to the top of the dustjacket spine, otherwise: As new. Unread. From… Read more
Item Price
$75.00 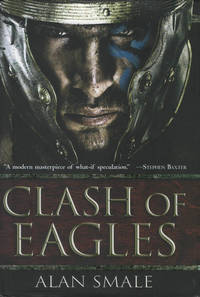 This copy of The Years of Lyndon Johnson: The Path to Power offered for sale by Russell Books Ltd for $60.00