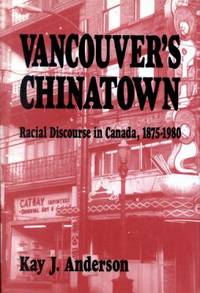 Description:
McGill-Queen's University Press, 1995. Paperback. Good. Disclaimer:A copy that has been read, but remains in clean condition. All pages are intact, and the cover is intact. The spine may show signs of wear. Pages can include limited notes and highlighting, and the copy can include previous owner inscriptions. At ThriftBooks, our motto is: Read More, Spend Less.Dust jacket quality is not guaranteed.
Item Price
$10.98
FREE shipping to USA 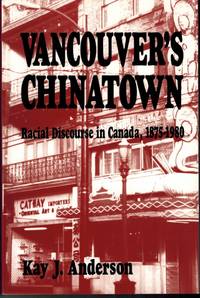 Description:
Montreal & Kingston: McGill-Queen's University Press, 1995. (CAD) 1st paperback edition, No markings, about Very Good used copy. Wraps, 323pp, index, maps. This book examines Vancouver's Chnatown as a creation of the white community over a 100 year period. She shows that the very existence of the district is the result of cultural domination that continues to exist today. (1.8 JM FO 16/a6. 1st. Paperback. Good. 8vo - over 7¾" - 9¾".
Item Price
$14.98
$5.50 shipping to USA

Description:
Montreal & Kingston: McGill-Queens University Press, 2006. Reprint. Softcover. A Near Fine copy i.e. in 'nearly new' condition. No textual markings of any kind, spine is square and uncreased, no name or book-plate, no dog-ears. A very nice copy..
Item Price
$19.95
$14.95 shipping to USA 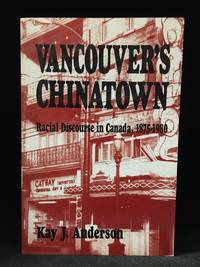 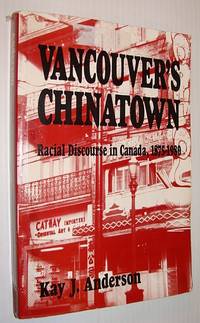 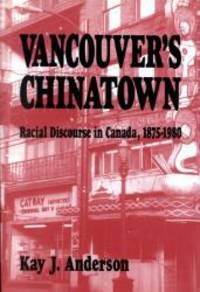