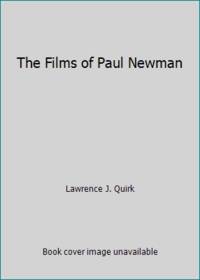 Description:
Carol Publishing Group, 1981. Hardcover. Acceptable. Disclaimer:A readable copy. All pages are intact, and the cover is intact. Pages can include considerable notes-in pen or highlighter-but the notes cannot obscure the text. At ThriftBooks, our motto is: Read More, Spend Less.Dust jacket quality is not guaranteed.
Item Price
$8.54
FREE shipping to USA 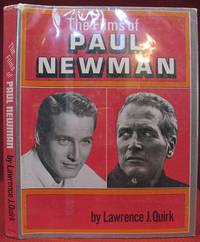 Description:
256 pages with frontispiece, photographs and film stills. Quarto (11 1/4" x 8 3/4") bound in original publisher's quarter yellow-gold cloth with black lettering to spine over red boards in original pictorial jacket. Revised edition. Paul Leonard Newman (January 26, 1925 â€“ September 26, 2008) was an American actor, IndyCar driver, entrepreneur, activist, and philanthropist. He won and was nominated for numerous awards, winning an Academy Award for his performance in the 1986 film The Color of Money, a BAFTA Award, a Screen Actors Guild Award, a Cannes Film Festival Award, an Emmy Award, and many others. Newman's other films include The Hustler (1961), Butch Cassidy and the Sundance Kid (1969) as Butch Cassidy, The Sting (1973), and The Verdict (1982). However, he is perhaps best remembered for his role as the title character in Cool Hand Luke (1967).Corners bumped. Jacket price clipped, spine ends and corners chipped, light edge wear with some closed tears else a very good copy in like jacket.
Item Price
$10.00
$7.00 shipping to USA