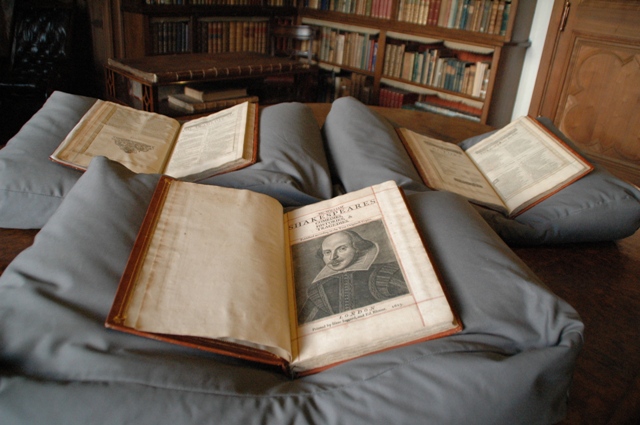 While Fine Books & Collections was busy covering the New York Antiquarian Fair and Rare Book Week NYC this past week, some major news surfaced from across the pond. A previously unknown First Folio was found at Mount Stuart House on the Isle of Bute off the Scottish coast.

The First Folio was found in the library at Mount Stuart House on the Isle of Bute, the ancestral home of the Stuarts of Bute. The find was confirmed as genuine by Professor Emma Smith of Oxford University.

The find brings the worldwide census of First Folios to 234 from an estimated 750 copies published in 1623, seven years after the author’s death.

The Mount Stuart copy’s provenance includes Isaac Reed, a well-known literary editor in London in the 18th century. A letter from Reed indicates that he purchased the Folio in 1786, keeping it until his death in 1807. Soon after, the book was sold to a “JW” for £38. (The last First Folio to appear at public auction sold for £2.8m in 2006). Sometime between 1807 and 1896 the Folio was acquired by someone in the Stuart family as the book next appears in a catalogue of the Mount Stuart library produced in 1896. The Folio was then forgotten about for many years, not appearing in the 1906 census of First Folios conducted by Sidney Lee.

Researchers at Mount Stuart House discovered the Folio while conducting research on the books held in the library. Adam Ellis-Jones, director of the Mount Stuart House Trust, said the identification of this original First Folio was “genuinely astonishing” in an interview with the BBC. Ellis-Jones continued, “We knew that we had special things here, but we keep discovering how special – because it’s never been researched and never been in the public eye.”

Our interest is piqued by the “abundance of mysteries” that still remain at the library and we look forward to hearing more as research continues.

Sign up for the Fine Books & Collections free email newslett