Advance Review Copy, a specially printed copy of the book, generally paperback, which has been produced and distributed by the publishers for promotional purposes, given to bookstores, editors, and reviewers. Issued in advance of the official publication date of the trade edition, it is often distributed with other promotional materials, such as a publisher's letter or a photograph of the author. It may also be wrapped in the dust jacket that will later accompany the hardcover trade edition. In most cases it will denote "Advance Review Copy" somewhere on the cover, sometimes accompanied by the words "Not for sale". This statement appears because publishers often seek to prevent review copies from entering the market and possibly competing with the later issuance of the trade hardback.

Often the line between advance review copies and uncorrected proofs may be blurred a little. The latter are intended for proof readers, but are often distributed similarly to press and media for review purposes. Both of these kinds of editions sometimes contain a publisher's slip, with additional information about marketing or the book itself.

Advance review copies are typically not as attractive as the trade first, and as such, their desirability for collectors is somewhat ambiguous. On the one hand, collectors often seek primacy of a particular work, which the ARC usually represents. On the other, of course, the advance review copy just isn't as "sexy" as a hardcover. As a result, values on review copies can vary wildly from title to title, from heavily collected to being fodder for a bookshop's free bin.

Below is a photo of a typical advance review copy - note the statement at the bottom of the cover: 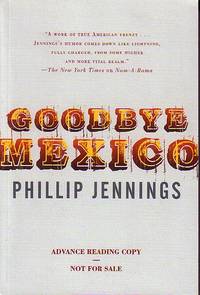