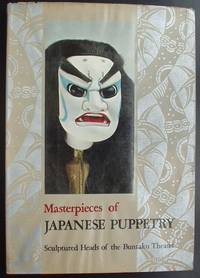 What is now the largest English-language book publishing and distribution company in Asia, Tuttle Publishing (originally the Charles E. Tuttle Company) was founded in Tokyo in 1948. Coming from a Vermont family long associated with publishing, Tuttle, a Harvard graduate, travelled to Japan in a military role at the end of World War II and established a publishing company with the mission of publishing "books to span the East and West." In its first year of operation, the company imported and distributed U.S. paperback publications to the occupying forces, and the next year, it released its first publication. By the early 1950s, Tuttle was an international publisher with a large number of titles on innovative books on design, cooking, martial arts, language, travel, and spirituality with a focus on China, Japan, and South East Asia as well as translations of Japanese works into the English language. Many of its books on Asian martial arts, particularly those on Japanese martial arts, were the first widely read publications on these subjects in the English language.

In 1971, Tuttle was named "Publisher of the Year" by the American Publishers' Association and in 1983, he was awarded the Order of the Sacred Treasure by the Emperor of Japan for his contributions to the advancement of Japanese-American understanding. Since its founding, Tuttle has published more than 6,000 books. The publishing company, which now includes Tuttle, Periplus Editions, and Journey Editions, produces about 150 new titles each year, most of which still focus on the areas of Asian interest for which Tuttle has long been known.