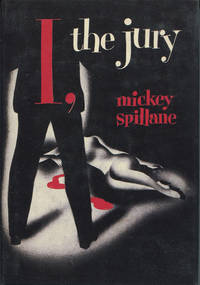 First Editions Library is a series of exact facsimile replicas of the first editions published by Collectors’ Reprint Inc. Founded in 1987 by Henry Reath, a former president and publisher of Doubleday; his wife, Mary; and Kemp Battle, who also worked at Doubleday, the company prided itself on publishing the best of American literature as it first appeared.

FEL facsimiles have the same weight, size, typeface, art, dust jacket, finish and texture as well as points of issue as the originals. In many cases, the Reaths and Battle waded into debate amongst themselves about which editions were indeed the first. With the mission of duplicating the originals as closely as possible, the publisher hired engravers to reproduce typefaces that are no longer used. They dyed both sides of paper to create a shade of green no longer available for the dust jacket on Thornton Wilder’s The Bridge of San Luis Rey. The sewn bindings, stamping and even the original price on the jacket flap of FEL facsimiles are all exact replicas.

In total, FEL produced 112 titles. Sometime in the 1990s, FEL stopped production and sold the rights for 49 of its facsimiles to Easton Press. However, the remaining 63 titles are out-of-print.

An explanatory block of text appears on the facsimile copyright page of original FEL books. The “FEL” colophon appears on the lower part of the back jacket flap. However, the first three FEL titles produced — For Whom the Bell Tolls, The Great Gatsby, and Of Mice and Men — “FEL” was missing from on the back jacket flap on all first printings (2,500 copies of each titles).

Additionally, FEL titles originally contained a laid-in card of explanatory notes, including how the title came into being, background on the dedication, applicable issue points, the target copy from which the facsimile was produced, and some general notes about the book and its readership. However, Easton Press omitted the laid-in card in its 49 FEL titles.