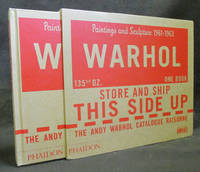 With over 1,500 titles in print, Phaidon Press is one of the leading international art book publishers. But that wasn’t the original goal. When Dr. Bela Horovitz and Ludwig Goldscheider founded the press in Vienna in 1923, they wanted to publish literature, philosophy, and history. One of its first books published was a German edition of Plato’s works. Horovitz and Goldscheider were so passionate about those particular markets, they named the press Phaidon, the German translation of the English term for Phaedo, a pupil of Socrates and speaker on the immortality of the soul in Plato’s dialogue.

Since its beginning, Phaidon has had two guiding principles: value and design. Horovitz focused on value with the aim of delivering quality books at affordable prices while Goldscheider geared design toward elegant layouts and beautiful productions. In the 1930s, the first Phaidon art books were published: Justi’s Velázquez and Raphael and Michelangelo, both by Grimm. The concept of the classic Phaidon book — large-format with high-quality plates —debuted in 1937 with the publication of texts on Van Gogh, Botticelli and the French Impressionists. Horovitz, a pioneer of the international co-edition, chose to produce these freshly commissioned titles for both the British and American markets.

As a result of the Nazi occupation of Vienna, Horovitz moved the company to England, thanks largely in part to British publisher Sir Stanley Unwin, who managed to outwit the German authorities and continue publishing. (Unwin provides a detailed account of this endeavor in his autobiography, The Truth about a Publisher.) Thus, George Allan and Unwin Ltd. distributed Phaidon books for the next fourteen years, a span which includes the publication of Ernst Gombrich’s The Story of Art (1950), a one-volume survey of the history of art. Surpassing 7 million copies sold, Gombrich’s work became one of the best-selling art books of all time, having been translated into over 30 languages with more than 16 English-language editions alone.

In 1951, Phaidon issued its first Colour Plate book — which, for the first time, allowed artists’ work to be made readily available in color at an affordable price. Horovitz died suddenly in New York in 1955, leaving his son-in-law, Harvey Miller, in charge of the press. Miller expanded the Colour Plate (now Colour Library) series, though Phaidon was sold to Frederick Praeger Inc, a subsidiary of Encyclopaedia Britannica, in 1967. Less than a decade later, Praeger sold the press to Elsevier, a deal that led to expansion and diversification for Phaidon.

Following an unfulfilled buy-out negotiation in 1981, Phaidon Press was acquired by Richard Schlagman, an entrepreneur who aimed to re-establish the company as the leading publisher of art books. In 1991, the Phaidon offices finally returned to London and the press began refocusing on its two original guiding principles: value and design. During this time, Phadion republished Sir John Pope-Hennessy’s Introduction to Italian Sculpture (1996). The press exchanged hands yet again in 2012 when it was purchased by Leon and Debra Black with the intention of branching out into food and children’s markets. Phaidon had previously dabbled in the food market, publishing their English translation of the Italian Il cucchiaio d’argento (The Silver Spoon) in 2006, which was then followed by the French and German editions.

Phaidon headquarters are now in London with offices in New York, Paris, Berlin, Madrid, Milan, and Tokyo as well. Focusing on books on art, photography, design, architecture, fashion, food and travel, and illustrated books for children, the powerhouse publisher sells in over 100 countries and publishes books in English, French, Spanish, Japanese, and German (with an increasing number of publishing partners in further languages).

First editions from Phaidon Press either have “First Published (Year)” on the copyright page or have no additional printings listed.