Biblio is proud to feature many rare and antique books on science and technology in the Biblio Rare Book Room. There are signed first edition copies of Albert Einstein's theory of relativity, and there are rare French books that specialize in entomology. There are antique and rare multi-volume sets of scientific encyclopedias, and many of the rare and antique science and technology books in the Biblio Rare Book Room are unique and one of a kind. Be sure to look at the included pictures in the book listings for examples of some of the detailed illustrations featured in many of the books. 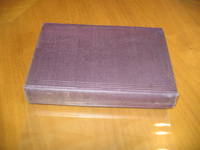 On The Origin Of Species By Means Of Natural Selection, Or The Preservation Of Favored Races In The Struggle For Life (Revised Fourth Edition With Changes Shown For Fifth Edition) by Darwin, Charles 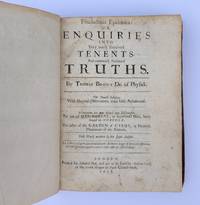 Pseudodoxia epidemica: or, Enquiries into very many received tenents, and commonly presumed truths. By Thomas Brown Dr. of Physick. The fourth edition. With marginal observations, and a table alphabetical. Whereunto are now added two discourses the one of urn-burial, or sepulchrall urns, lately found in Norfolk. The other of the garden of Cyrus, or network plantations of the antients. Both newly written by the same author. by Browne, Thomas (1605-1682) [Thomas Brown]

London: London: printed for Edward Dod, and are to be sould by Andrew Crook at the Green Dragon in Pauls Church-yard, 1658. Full leather. Very Good. Fourth edition of Pseudodoxia Epidemica and second edition of Hydriotaphia and Garden of Cyrus; quarto;... 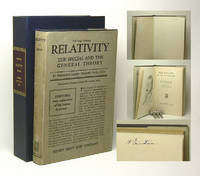 RELATIVITY. The Special And The General Theory. Signed by Einstein, Albert

From TBCL The Book Collector's Library 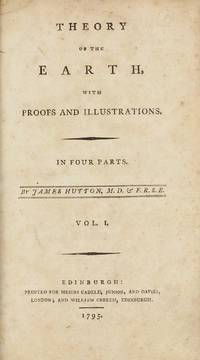 Theory of the Earth, with Proofs and Illustrations by HUTTON, James

From Milestones of Science Books 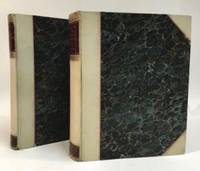 Paris: George Steinheil, 1888. First Edition. Hardcover. No Jacket. 4to. Contemporary half vellum over marbled boards, red morocco labels on spines. Three volumes bound in two. This is a limited edition of 150 copies, this being No. 11. Volume 1: xxvji... 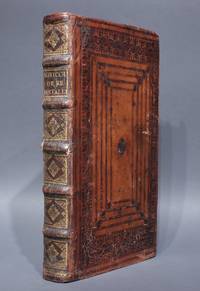 From Milestones of Science Books 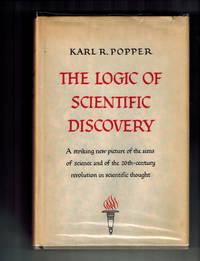 The Logic of Scientific Discovery by Popper, Karl R

New York: Basic Books, 1959. First American Edition, First Printing of Popper's "Logik der Forschung", first published in Vienna in 1932 and the book that gave the philosophy of science a firm foundation in 20th century thought. The book is ... 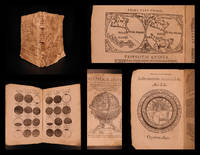 1553 Peter Apianus Cosmographia Astronomy Navigation Map Mathematics AMERICA Peter Apian was a 16th-century humanist who is remembered for his studies in astronomy and mathematics. His best and most-known work was his book on cosmography which was extrem... 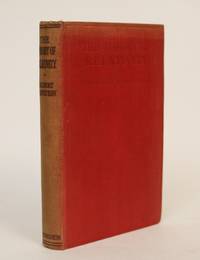 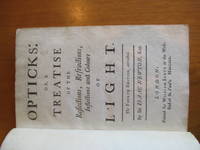 Opticks: Or, A Treatise Of The Reflections, Refractions, Inflections And Colours Of Light. The Fourth Edition, Corrected by Newton, Sir Isaac 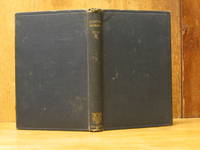 The Principles of Quantum Mechanics (The International Series of Monographs on Physics) by Dirac, P.A.M.; Series Editors : R. H. Fowler and P. Kapitza

From The Old Sage Bookshop 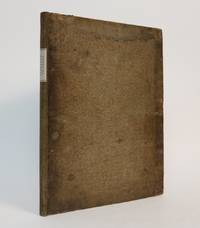 Hardcover. Very Good/No Jacket. 4to (266.7mm x 317.5mm). A collection of mid 17th century surgical woodcuts that appear in an early edition of The Works of that Famous Chirurgion Ambrose Pare Translated out of Latine and Compared with the French by Th[o...

Salisbury House, London, E. C: Published for the Translators by The Mining Magazine, 1912. Translated by Herbert Clark Hoover [1874-1964] and Lou Henry Hoover [1875-1944]. Illustrated by Plates, one folding and reproduction of original title page [after t... 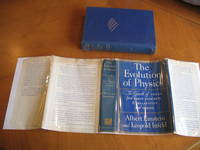 The Evolution Of Physics The Growth Of Ideas From Early Concepts To Relativity And Quanta by Einstein, Albert And Leopold Infeld 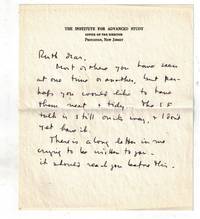 Presentation Copies to Ruth Tolman of : THE OPEN MIND and SCIENCE AND THE COMMON UNDERSTANDING [ together with ] a Handwritten Note by Oppenheimer, J. Robert

New York: Simon & Schuster, 1954. SCIENCE AND THE COMMON UNDERSTANDING, 1954, First Printing, SIGNED AND INSCRIBED BY AUTHOR on front end page - "for Ruth in gratitude & love Robert May - June 1954". Laid in, a single page of typing paper titled "Errata i...