From the Code of Hammurabi to modern times, laws provide the basis for our society. From the great writings of Oliver Wendell Holmes, Jr. to code books of local municipalities with obscure forgotten prohibitions and the foundations of legal reasoning, including the many revisions of Black's Law Dictionary, these pages encompass the interests of barristers and laymen alike.

Description:
Philadelphia: Philadelphia: John S. Littell. 1833-1836., 1833. 1st Edition . Hardcover. Good. Nine of the first eleven volumes of this periodical series devoted to reprinting contemporary English legal treatises. Uniformly bound in (?publisher's) half leather over marbled boards, labelled "Law Library" with volume number; leather worn, dry and crackling; labels worn, chipped, one missing; boards soiled and fraying at edges. Light to heavy foxing throughout; some dampstaining. Each volume includes a main title-page and a table of the treatises reprinted in the volume, except the second volume (which contains only one treatise) does not have a table. The series ran from 1833-1860 and reached 104 volumes. Writing about the series in 1847, Marvin said that the "early volumes are out of print, and the publishers, from time to time, number the volumes of the series from a period when they can furnish the consecutive volumes." Legal Bibliography, p. 450. Contents: *Volume I.… Read More
Item Price
$750.00 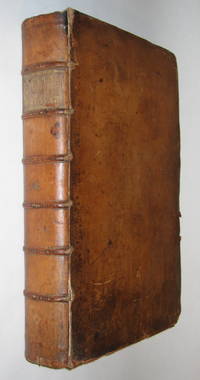 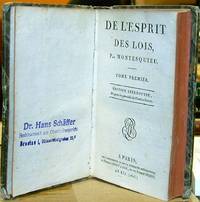 Description:
Didot, Paris, 1803. Used; Very Good. Prompt shipment, with tracking. we ship in CLEAN SECURE NEW boxes In many ways one of the most remarkable works of the Eighteenth Century" Printing and The Mind of Man 197 5 volumes marbled paper over boards, leather spine labels. Some wear head and heal of spines. All bindings strong. Volume one has some paper rubbed at front gutter, and boards a little gouged at edge. Stereotype, Paris, 1803. A whole gallery of photos available for this item for the asking. Hans Schaffer most likely the German economist and Weimar Republic official. Among many other titles, this book was purchased from a relative of Heinrich Bruning, the last Chancellor of the Weimar Republic. LAW. In French. *
Item Price
$600.00 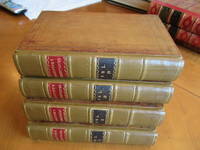 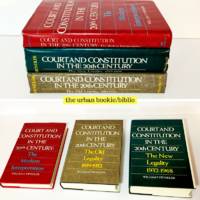 Description:
Wonderful 3 Volume Set. New, Bright and Tight.-First Edition: The Modern Interpretation-The Old Legality shows some fading on the hardcover, doesn't impact the interior of the book (please see back to back photos- back and then interior)-Light Shelf Wear (DJ)I always provide multiple, detailed photos so that you can make a confident and informed purchase decision. Please feel free to inbox me if you have questions or need additional photos.
Item Price
$350.00 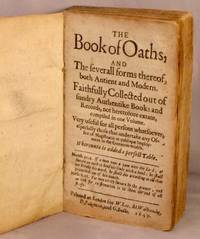 Description:
1649, hardcover. Title continued (with the 17th century spelling): Faithfully collected out of sundry authentike books and records, not heretofore extant, compiled in one volume, very useful for all persons whatsoever, especially those that undertake any office of magistracie or publ[i]que imployment in the common-wealth: whereunto is added a perfect table [i.e. of contents]. -- Attributed to Richard Garnett (from sources, and from a previous owner's pencilled note). -- Hardcover but LACKING COVERS AND BACKING; pagination irregular as noted with other copies but catchwords correct, text complete. Condition: fair (as noted; rear endsheet half missing; some pages have bleedthrough making reading difficult). -- RARE, held by three libraries world-wide; significant in the history of law, as referenced in Encyclopedia Britiannica 11th edition, oaths for example for "valuers of cloth and city scavengers" (the latter did what we would think of today as public works and public health).
Item Price
$325.00 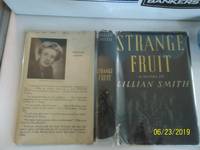 Description:
Smith, Lillian: Strange Fruit. Reynal & Hitchcock, 1944 1st. Ed, Stated 6th Printing Thus. About this book: Strange Fruit is a 1944 bestselling novel debut by American author Lillian Smith that dealt with the then-forbidden and controversial theme of interracial romance. The title was originally "Jordan is so Chilly", with Smith later changing the title to Strange Fruit. In her autobiography, singer Billie Holliday wrote that Smith chose to name the book after her song "Strange Fruit" , which was about the lynching and racism against African Americans although Smith maintained that the book's title referred to the "damaged, twisted people (both black and white) who are the products or results of our racist culture." After the book's release, the book was banned in Boston and Detroit for "lewdness" and crude language. Strange Fruit was also banned from being mailed through the U.S. Postal Service, With the ban against the book being lifted by President Roosevelt after his wife Eleanor Roosevelt… Read More
Item Price
$200.00 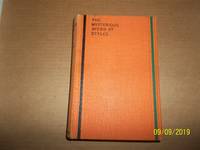 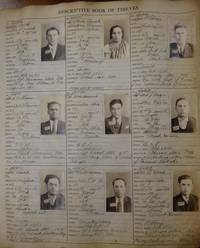 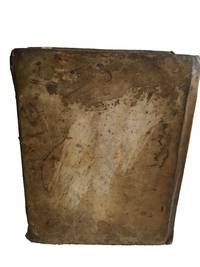 Description:
A classic of Law books.
Parchemin hard cover.
Title is handwritten on the spine. There is a fold out engraving of the author, Andreas Gaill, at the beginning of the book. Hanwritten bookplate on the title page: "Ad usum Jacobi Antonii Guillermi De Montfort - Anno Domini 1734"
Language: Latin and some German
Pages: 1009.
Printing: ??
Boards in good conditions but with some small scratches and several stains. Bottom edges of the boards are rubbed and and board underneath the parchemin appears on the front one. Parchemin is damaged at the head and the tail of the spine. Head of the hinges are cracked.
Text block with more or less extensive wet marks depending on the part of the book. Some additional inscriptions on title page and free back end paper. Fold out engraving with closed tear. Text block is still quite tight but gutters of the free front and back end papers are almost… Read More
Item Price
$289.74 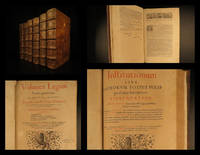 "Freedom is the natural ability of everyone to do what he likes, unless it is prohibited by law or by force."
― Justinian I
Justinian's 'Corpus Juris Civilis' is unquestionably the fundamental work on law and jurisprudence! Parts of this work were originally intended to be used by law students, but they were not solely used as a textbook – they carried legal weight …as law! It includes four distinct parts – Codex, Digest, Institutes, and Novellae – each written with a different purpose.
'Digest' or 'Pandectae' is a collection of juristic treatises taken from various legal writings of Ulpian and Paulus. 'Codex'
was the Justinian's attempt at organizing the laws in a systematic manner – each of these works is included in this enormous 16th-century six-volume edition.
The Godefroy editions of this iconic work were influential in the law field well into the 20th-century. While Godefroy was known as a jurist, his… Read More
Item Price
$4,950.00

Description:
(4), 108, (8) pages with woodcut heraldic vignette on title and woodcut head- and tail-piece; 8 pages.Cont. calf on five raised bands, red gilt morocco label to second compartment, all others richly gilt. Sprinkled edges. 4to (255 x 188 mm). Extremeties rubbed. I. Barbier, II, 30. First edition, published a year after the promulgation, of the royal edict of August 1686. This edict, despite its title, applies to the entire kingdom. "Within a very difficult context as far as the book trade in the provinces was concerned - since the latter was being stifled by the stringent economic policies of Jean-Baptiste Colbert, the famous Superintendent of Finances under Louis XIV, which also extended to control of the press and were biased in favour of the major Parisian publishers whose privileges kept on being renewed - the regulations of 1686, structured into sixty-nine articles under various headings, were the last major set of book trade regulations to be promulgated in France in the seventeenth century.… Read More
Item Price
$3,064.60 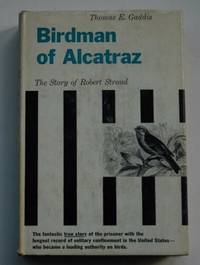 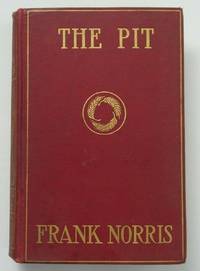 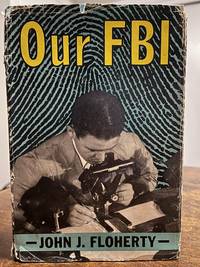 Description:
Our FBI. Good Condition. Dust Jacket - Not Price Clipped. J.B. Lipincott & Co. Philadelphia & New York. 1951. Our FBI (1951) first edition signed by both the author - John J. Floherty - and J. Edgar Hoover, who provides the introduction. The book itself is in Good Condition with some foxing on the inside cover pages (where the signature is) as well as on the fore edge. The dust jacket is in fair to good condition with serious ware to the edges and binding as well as some tears on the corners and binding. Besides that, however, all of the pages of the book are in tact and in excellent condition.
Item Price
$250.00