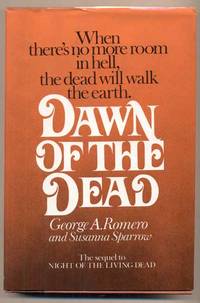 Zombies have been an incredibly popular trope in American cinema, books, and beyond, and most of that is the fault of George Romero.

Romero directed the film Night of the Living Dead and co-wrote the screenplay with John Russo. The 1968 film was his first film, and it was a box office hit! Although it was mostly criticized for being too gory, it also made waves in American culture because it starred a black man in a main role with an otherwise white cast - a rare thing to see at the time. It went on to become a cult classic, even earning a place in the Library of Congress’ National Film Registry.

The creatures in the Night of the Living Dead were never referred to as zombies in that film, but the shambling, reanimated corpses became a hot commodity in the horror film industry. Prior to Night of the Living Dead, zombies were depicted as living people ensnared by magic spells, not undead cannibals. That image changed dramatically with the “rise” of the zombie flicks after the film’s success. Romero also saw continued success in that theme with Dawn of the Dead and Day of the Dead.

A life-long lover of classic horror tropes, Romero covered vampires in Martin, homicidal maniacs in The Crazies, and even directed Creepshow, a series of short 1950’s-inspired horror stories written by Stephen King.