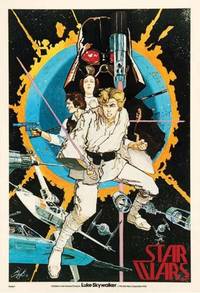 Star Wars may have begun as a mere movie, but since its premiere in 1977, it has become a Guinness Award-winning mega-media franchise. The epic space-opera series was created by George Lucas and to everyone’s delight and surprise, it quickly became a global pop-culture success that has blown every other science fiction film series out of the skies.

So what is this all about? May 4th is celebrated by many lightsaber-wielding, bath-robed fans as Star Wars Day. If you didn’t catch the pun in our title and in this unofficial date, “May the Fourth” is a reference to “May the Force be with you,” a common blessing used in the films. Interestingly enough, the first known use of the phrase was printed in a paper on May 4, 1979, to congratulate Margaret Thatcher on the day that she took office as Prime Minister of the United Kingdom.

Did you know that the concept of the original trilogy (Star Wars: A New Hope (1977), The Empire Strikes Back (1980) and Return of the Jedi (1983) is a take on the balance between the forces of good and evil? Much of the imagery and storyline that Lucas wove together was based on the archetypes set forth in the “Hero’s Journey” as written out by Joseph Campbell in his 1949 book, The Hero with a Thousand Faces.

Famous Japanese filmmaker Akira Kurosawa was also a huge influence on Lucas, most obviously from the costumes - Samurai-like masks of the stormtroopers and the flowing robes of Obi-Wan - but also down to the use of color, the scene fades, and transition effects.

As the Star Wars franchise continues to grow, change, and churn out money-making film after film now under the control of Disney, we can bet that the desire to own Star Wars collectibles will also continue to grow.