Join us June 2–June 4, 2022 for our second virtual antiquarian book fair!
Preregister now for Biblio.live and get $10 to use at the fair.
Home Book Collecting Topics The American Total Eclipse - August 2017 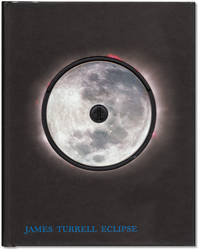 Biblio’s headquarters are in the beautiful Appalachian mountains of Western North Carolina, specifically in Asheville. We are lucky to be in one of the areas in the United States that has a chance to see a total solar eclipse on August 21, 2017. This is the first time since 1979 that a total solar eclipse will be seen within the continental U.S.

While Asheville is within a 99 percent eclipse, we are only 50 miles from the “path of totality,” where there will be a 100 percent eclipse - stars will be visible, the air cold, the darkness complete as the umbral shadow passes overhead!

Such massively moving cosmological events have fascinated people throughout time, as evidenced by the trail of poetry left in humanity’s trove of written words.

“Zeus, the father of the
Olympic Gods, turned
mid-day into night, hiding the light
of the dazzling Sun;
and sore fear came upon men.”

“High on her speculative tower
Stood Science waiting for the hour
When Sol was destined to endure
That darkening of his radiant face
Which Superstition strove to chase,
Erewhile, with rites impure.”

William Wordsworth The Eclipse of the Sun, 1820

Inspired by this event, we have curated a gallery of books and ephemera that are related to the eclipse. Literature and science, cosmography and poetry are all included. Did we miss any? Tell us in the comments!