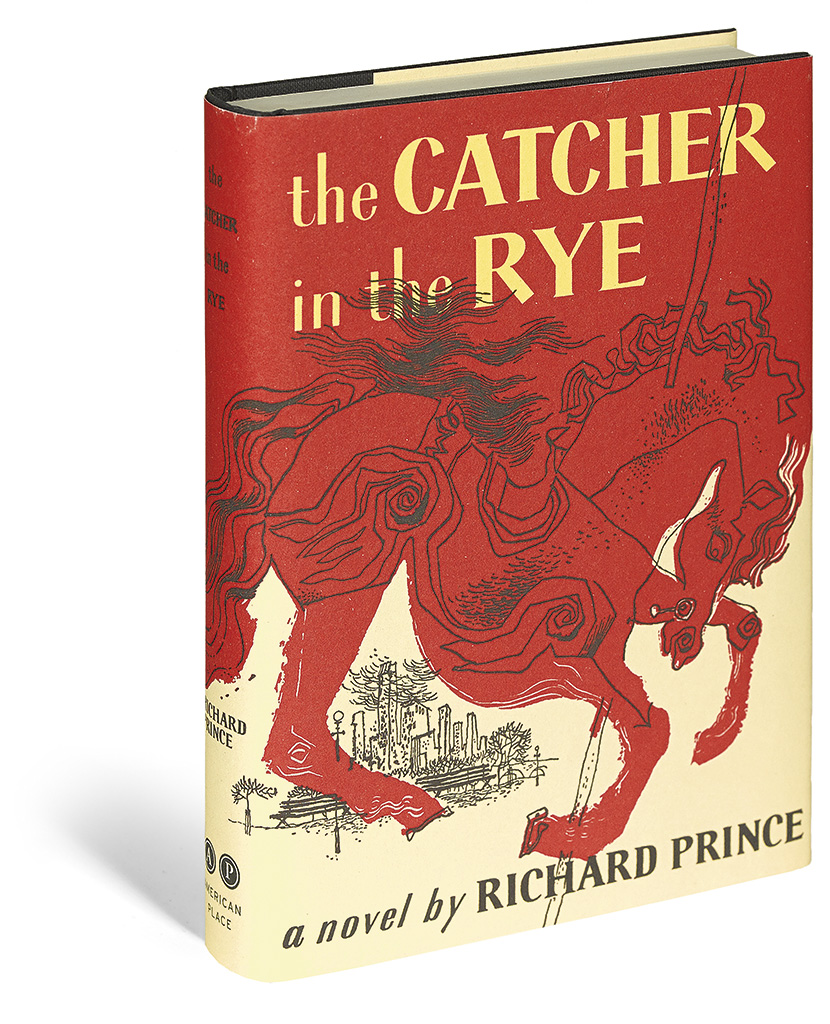 The Catcher in the Rye, or not?

Seen here at left is the iconic book jacket for J.D. Salinger’s 1951 novel, The Catcher in the Rye, featuring E. Michael Mitchell’s angry red horse illustration — or is it? Upon closer inspection, you will note that this Catcher‘s author is Richard Prince. And the publisher’s name on the spine is no longer that of Little Brown, but instead something called American Place.

In 2011, Richard Prince, an artist whose paintings have sold at auction for millions of dollars, created this reproduction of the first edition of Catcher in a limited edition of 500 copies.

It was an act of “provocative appropriation,” according to Swann Galleries, which will auction one of the now scarce artist’s books on November 18, for an estimated $800-1,200. Prince sold unsigned copies at the 2011 New York Art Book Fair for several hundred dollars and–unbelievably–hawked them one day on a sidewalk outside New York City’s Central Park for $40. You can read more about this stunt at the Poetry Foundation’s blog.

First Editions of Catcher in the Rye

Richard Prince’s “Catcher in the Rye”