Join us June 2–June 4, 2022 for our second virtual antiquarian book fair!
Preregister now for Biblio.live and get $10 to use at the fair.
Home Book Collecting Topics 2019: Uncommonly Good Books Sold This Year 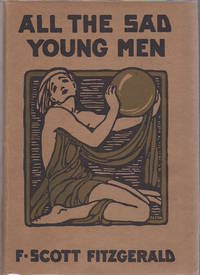 2019 has been an intense crucible in all ways - the world is shifting, with people taking to the streets against oppressive governments, a dramatically volatile political theater, and the realities of intense climate change disasters reshaping ecosystems and cities on a global scale. The turmoil is reflected everywhere, including in the themes of rare books we’ve seen sold over the past year.

For example, scientific journals and non-fiction books focusing on earth sciences have been moving quickly over the past twelve months. Multiple copies of Rachel Carson’s Silent Spring have been sold, as well as works by Charles Darwin, Count de Buffon, and a very interesting two-volume set from 1957 - Valentina P. Wasson’s Mushrooms, Russia, and History. Travel journals, photo albums, and social and archaeological ethnographies have also increased in popularity alongside military-focused histories, ephemera, and works on wars from all areas of the world.

Here are a few points of some of the most interesting books sold by Biblio booksellers in 2019:

We’ve noticed an increase in the sale of rare books by women. Titles by Virginia Woolf have been quite popular, especially those copies printed by her own publishing house, Hogarth Press. A lovely copy of the “peacock edition” of Pride & Prejudice by Jane Austen stood out in its gilded glory. We’ve seen customers take home whole sets by Dame Agatha Christie, and books by Harper Lee, Dorothy Parker, Betty Smith, Maya Angelou, the Brontë sisters, Diana Gabaldon, Margaret Atwood, and Zora Neale Hurston are beloved in their new homes.

We lost some giants of modern literature this year, which is often reflected in increased sales of their works. Quite a few Toni Morrison books have been sold this year since we lost her in August, as well as books and screenplays by William Goldman and poetry collections by Mary Oliver. We also lost W. S. Merwin, Gene Wolfe, Herman Wouk, Judith Kerr, Ernest Gaines, and Tony Horowitz.

We saw an uptick in the realm of collectible poetry with a first edition, first printing of Emily Dickinson’s Poems for $3,250 finding a new home. Walt Whitman sold well during 2019, as it is the 200th anniversary of the publication date of Leaves of Grass. Poets like W.B. Yeats, William Burroughs, Robert Frost, and Charles Bukowski were popular this year.

Modern first editions remain a popular, highly collectible niche with a brisk trade. The Sound and the Fury by William Faulkner, The Catcher in the Rye by J.D. Salinger, and titles by Cormac McCarthy, F. Scott Fitzgerald, Aldous Huxley, and Ernest Hemingway seem to be evergreen.

Our Book Collecting By The Year series on Children’s Books came to a close and it definitely piqued an interest in making nostalgic purchases. L. Frank Baum’s Oz books, P. L Travers’ Mary Poppins, The Hobbit, The Little Prince, Winnie the Pooh, and many works by Maurice Sendak and Roald Dahl found new homes this year.

A long, autographed letter from Samuel Clemens (Mark Twain) to his friend Sir Francis de Winton, in which he chats about many subjects, including a description of the carbuncle on his leg (”a burned-out crater”). Eww.

Top Five Most Expensive Books Sold on Biblio in 2019: