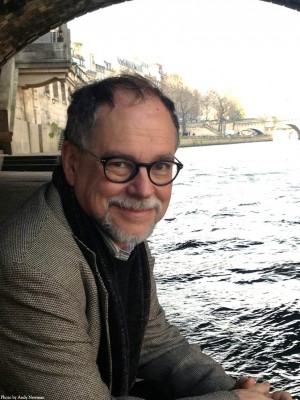 Today’s theatergoers and readers like their witches misunderstood and maligned, with an underlying desire to do good. Look no further than the latest offerings from Hollywood – from Angelina Jolie as the wronged Maleficent in the eponymous film, to Disney’s reincarnation of the Ice Queen in the animated blockbuster Frozen. Two of Gregory Maguire’s books, the bestselling Wicked, and his latest publication, Egg & Spoon (Candlewick Press, $17.99) also deal with powerful women on the fringes of society, whose magical gifts may actually be their community’s salvation.

Maguire was a misunderstood witch once as well, without heels and wig. During a conversation this summer, he recalled a Halloween during his childhood when he was casting about the family home for a costume. “There were seven of us, and so we had to cobble together costumes with what we had. One of my brothers was an altar boy, and I found his black cassock. It is the only time in my life I indulged in cross dressing.” That amusing memory helped Maguire to recall why he wanted to be a witch in the first place. “I could tell from my childhood reading that the identity of a witch was porous and permissible. Everybody could partake of that character’s possible sense of shape-shifting and of performing mysterious acts. And so could I, even as a young boy.” Those commutative properties informed the author’s version of Baba Yaga, the fearsome witch of Russian lore who figures prominently in this latest book.

Egg & Spoon is Maguire’s masterful tale set in a mystical Tsarist Russia on the eve of the Revolution, where the mythical Firebird maintains the environmental equilibrium and, despite the existence of magic, there is still no food for the poor. Baba Yaga’s first appearance is fearsome; she is a skeletal, foul mouthed blaze of energy. She travels around the country in Dumb Doma, her hen-like house bestowed with maternal instincts of its own. Behind the veneer of sneer and snark, Baba Yaga is in fact quite protective of her charges, two young girls from vastly different social circumstances whose lives become inextricably intertwined during their adventures. “How many cranky old women do we know who are really dear at heart?” said Maguire. “They very often put on a cloak of crankiness to hide just how deeply attached they are to their children and their grandchildren. They are the maternal goddesses of the street, the old grandmothers, and they poke their fingers out the window and say ‘Get off my lawn!’ But they’re really watching very carefully to make sure no child runs into the street.”

As with many of Maguire’s books, the world of Egg & Spoon is firmly rooted in the complications of reality. He writes about places that are purposefully full of trouble and complexities, and credits his mentor, the late Maurice Sendak, with showing him the way. “I write books that are understandably dense and full of detail, and full of different kinds of tones – comical, tragic, meditative, suspenseful. because how can art be believable if it doesn’t chime with life in some way? One of my aesthetic gambits with life is to make the worlds in my stories as complicated, and befuddling and lovable as the world in which we find ourselves.” Sendak showed him how to do that, and Maguire reanimates his mentor through the character Peter Petrovich. On his deathbed Petrovich implores the living to enjoy life fully, and in a lasting tribute, Maguire used Sendak’s own words, pulled from an interview with NPR’s Terry Gross and which would turn out to be one of his last: ‘Live your life, live your life, live your life.’

Collectible copies of Wicked by Maguire