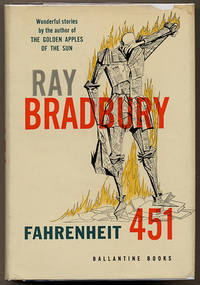 After establishing Penguin USA (1939) and Bantam Books (1945), Ian and Betty Ballantine founded Ballantine Books in 1952. At the time, paperback books had gained popularity as a result of World War II, in which they were distributed to military personnel in all theatres of war. The Ballantines took this opportunity to concentrate on paperback originals — books first published in paperback rather than hardcover. The publisher’s list spanned a variety of subjects with a particular specialty in science fiction, fantasy, Westerns, and mystery novels.

As one of the earliest publishers of science fiction paperback originals, Ballantine produced the works of Arthur C. Clarke and Frederik Pohl as well as the first authorized paperback editions of J.R.R. Tolkien’s books. From 1968 through 1975, the publisher produced 156 paperback books as a series titled Ballantine’s Illustrated History of World War II, which were printed in both the United States and United Kingdom. (The series was later retitled Ballantine’s Illustrated History of the Violent Century.) Random House acquired the press in 1973, allowing the Ballantines to become freelance consulting editors and publishers.

Ballantine is now one of America’s largest publishers of trade and mass-market paperbacks as well as hardcover books, touching on almost every category and genre. Notable fiction titles include Dan Chaon’s You Remind Me of Me and Gail Godwin’s Queen of the Underworld. Ballantine also published the New York Times bestseller Sugar Busters! Cut Sugar to Trim Fat by H. Leighton Steward, Morrison Bethea, M.D., Sam Andrews, M.D., and Luis Balart, M.D. The press has even had success with parenting books: Tracy Hogg’s Secrets of the Baby Whisperer and Michael Thompson’s Raising Cain.